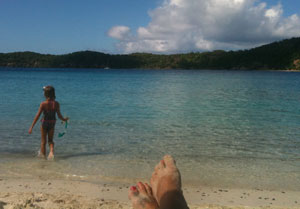 Ashley Amend poured everything into her tech startup business, one which created touch screen programs for kiosks. But when her business started struggling, she knew she had to start anew. Amend was ready for a change and a break from the business world; she was ready for something different.

But for Amend, different meant extreme. She put everything she owned into storage and moved to St. Thomas in the Caribbean with her 6-year-old daughter. The sandy beaches and Caribbean waters called for her, and she said it was God’s voice that told her to go for it.

It was this bold move that led Amend into a new career, and a new life. “It was June 28, 2010,” Amend said. “I remember the date. You don’t forget the day you buy a one-way ticket to St. Thomas. I had a software company and it wasn’t going very well. I had researched St. Thomas for three years, and here I was, a single mom with a daughter going into first grade.”

Amend had options. She created her own marketing company while barely in her 20s, and had the struggling DigiTouch, touch-screen start-up, plus a job offer at a tech company in Dallas. Or she could make that move to the islands. She chose the islands, joining an online “couch-surfing” community to find a place to live. “I was talking to a man named Paul who had a room in a villa to rent. So I couch-surfed for a while when we got to St. Thomas,” Amend said. “Then I met Paul in person and moved in. It turned out to be the best opportunity of my life.”

Sandy beaches and an empty work schedule soon meant Amend was getting bored. Paul, her landlord, said he was self-employed and successful as a search engine optimization (SEO) specialist. He made his living by creating websites that funneled leads to several service industries. These service industries paid well for their leads. “I never learned SEO or cared about it before then,” Amend said. “But I watched what he did. He made PayDay Loan France the number one spot on Google. So one day, he asked what I was going to do. He said, ‘Hey, in the meantime, I’ll teach you SEO skills.’ That’s how it all began.”

In the following year, as Amend started assimilating to island living, working part-time and shuffling her young daughter to school and activities, she learned the basics of how search engines rank websites. It took her eight weeks to master the basics. She experimented on her own company, and soon was ranked number one. “Once I got my own site for my software company as number one on Google, I started to get calls from national companies,” Amend said. “I was amazed. It really opens door to have your site first on the Google search page. I didn’t know it was possible and didn’t really put thought into the effect that would have.”

That first success, and the results, spurred her on to learn more about SEO and search engine rankings. She learned all the mysterious, magical tricks of SEO, including the not-as-respectable “black hat” method, which uses random spam. She prefers the “white hat” method, which uses strategy and communication with other sites to rank. “I realized there were better ways to earn ranking than spamming, including quality content, meta tags and code,” she said. “It’s more ethical and it doesn’t use automated software. What we do isn’t spamming; we do everything manually and with strategy.”

With a new set of skills under her belt, Amend headed back to Edmond where she started Rank Monster in 2011, an SEO company. Within a year, she had to hire a team and already claims 21 companies as clients.

“Because I have such an entrepreneurial spirit and saw this as a viable business, I knew I would not be able to build my company while in St. Thomas. I wanted a more personal touch than just doing business over the Internet. I had big plans for Rank Monster, so I moved back to Oklahoma,” she said. “I called friends I had done business with and told them what I was doing. When I was still in St. Thomas, I did some ranking work for boat rental businesses, so I did have experience to show.”

With locals vouching for her and proven success to show, Rank Monster grew like wildfire. It still is. With six other employees, Amend now works to get companies to the top of the Google search engine through strategic SEO direction. “Of our 21 clients, most are local, but we do have a few in Chicago and a pending request from California,” Amend said. “The company grew a lot faster than I expected, but we are not overwhelmed.”

What started as an escape to an island turned into a booming business for the Edmond native. “I’m a spiritual person, and in 2010, I was lost and confused,” she said. “I felt I had to move to St. Thomas, and because I did, I have all this success. I thank God for that. Every day I wake up so excited to work and do what I do.” 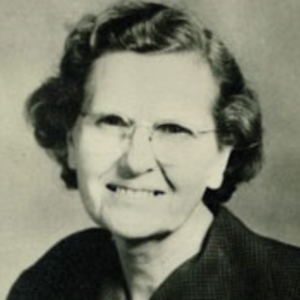 by Louise Tucker Jones
I was 12 years old when my paternal grandmother, Edna Pearl Tucker, wrote a poem for me to recite at school. It was a special poem, written just for me, the only gift I ever received from her. I still have her hand-written copy. I didn’t know my grandmother well. She lived a couple of...
Read More  >