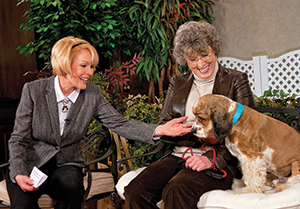 It’s easy to be star struck by Pat Becker’s radio, film and television career. You might have caught her performance in the movie Valley of the Dolls or seen her national PBS show The World of Dogs biography series. She even played the occasional Catwoman role in the Batman television show. But for Becker, years in the entertainment industry led to her true life’s calling—hosting Dog Talk television.

“I have a mission and a message—to teach Oklahoma dog owners how to interact with their dogs in a way that makes both of them happy,” Becker said.

Becker, who has owned more than 40 dogs in her lifetime, describes herself as, “A dog trainer, a dog advocate and a dog activist.” She’s frustrated by the number of dogs that get dumped or brought to shelters because of behavior problems—when a little time and understanding would solve these problems.

“I can teach you better ways to control your puppy or to get your dog to walk beside you happily,” Becker said. “You don’t have to be a professional trainer to have a good relationship with your dog.”

It’s an understatement to say that Dog Talk is a labor of love. Nearly every Saturday, Becker converts her home into an in-house television studio. Between crew members, a host of volunteers, and a steady string of guests—it’s not uncommon for 50 people to be on the set of the live filming, plus dogs.

It’s far from the chaos one might expect, however. Becker has developed a format to make everyone feel comfortable coming into her home, including the animals. Each human and canine is greeted at the door by two volunteers, Robin Chipman and Pat Kelly, whose jobs are to orient the guests.

“Hi,” Robin says, “You’re scheduled to go on at 10:00. Until then, make yourself comfortable. We have snacks here in the atrium.”

“Would you like a tour of the house?” Pat asks. “There is some lovely art to look at, or you may visit the garden out back until your time slot. Here, let me introduce you to some of the other folks here.”

The goal is for guests to relax and the dogs to become oriented to the house before filming. Amongst the snacking, touring and visiting, various dogs and their owners go in and out of the upstairs studio where Michelle Seachrist orchestrates guests and JaNiece Cranmer manages the brightly lit film set.

“Regrettably, for my husband, the studio used to be his billiard room,” Becker said with a laugh. “But I needed a place to shoot, so I evacuated his things and installed equipment and lights.” 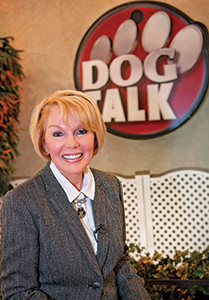 Becker repurposed the billiard room because Dog Talk television’s previous station was sold, ending her show, but the film crew decided that the show was too important to discontinue.

“All these good people came together and said, ‘Let’s keep this going,’ even though we had no place to go and no place to shoot. I couldn’t be more grateful to them.”

Becker, who enjoys dogs and people, keeps the show moving at a lively pace. After years as a radio host on KTOK, she knows that “dead air” is a sure way to lose listeners and viewers.

“Sometimes the most confident, articulate people freeze up when the camera goes on, so I have to work to bring out the best in them,” Becker said. “I have to listen so closely to the guests, respond to them, and keep an eye on the time.”

To add more pressure, the interview portions are aired just as they are filmed, with no editing or polishing. Fortunately, being in the spotlight is a comfort zone for Becker, who began her show business career as a model and a singer when she was still a teenager. She sang in musicals, big bands and nightclubs, and eventually toured internationally for the William Morris Agency in New York.

“I once auditioned for the Ed Sullivan Show. They said I was pretty and a good singer, but the girl who auditioned right after me was Barbara Streisand—so I lost that one pretty quick!”

The audition that shaped Becker’s career was a television show called Hollywood Talent Scouts. Much like The Voice, famous actors sponsored singers in a talent competition. Actor Glenn Ford sponsored Becker, and afterward, she was hired by 20th Century Fox. She was cast in minor roles for various movies, including A Guide for the Married Man and Star!

To Becker’s chagrin, she receives the most attention for her occasional, if reluctant, role as Catwoman in the Batman television series. “I wanted to be considered a serious film actress. Batman was television. It was so campy and unsophisticated. I thought Catwoman’s character was an old woman, and I was young.” Becker laughed. “Now I can look back at how silly I was. That producer went on to make millions, and Batman is the show that sticks to me like glue.”

But Dog Talk is the show Becker really wants to be known for. She invests an enormous amount of time preparing for each week’s show and regrets that she doesn’t have the airtime to dig deeper into topics.

“This show is the combined effort of a lot of technical and artistic people who stuck with me,” Becker said. “We’re on a mission to help people learn about dogs so that they can enjoy a happy life together.”

Watch Dog Talk at 8am on Saturdays on KAUT Freedom 43 or YouTube. 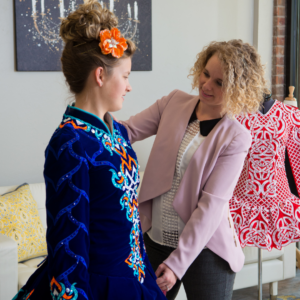 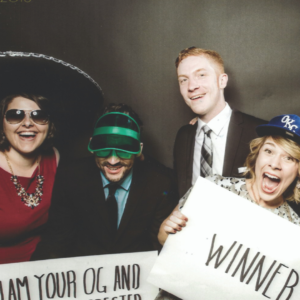