Live music lovers have had some exciting things develop this past year. The Criterion in Bricktown announced its opening date of March 2016. And Tower Theatre lit its restored marquee to celebrate the renaissance of the venue that had shuttered nearly 30 years ago.

The live music scene in the metro area is—dare we say—having a moment. With new venues slated to open and older staples announcing new acts, here is a look at a sampling of what’s in store for Spring 2016.

One look at the Criterion’s social media accounts, and it’s easy to see the excitement local residents have for their live music. “Traveling to Tulsa is over.” And “We’re about to enter a golden age in live music.” 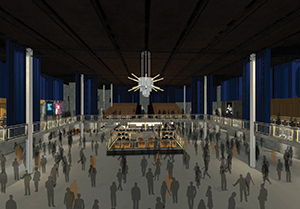 In short: We needed this—and bad.

“It’s our goal to create a music venue that will stand the test of time and be an attraction for artists that simply skipped over our market for so many years,” said Scott Marsh, COO of Levelland Productions and acting general manager for the Criterion.

“Our hope is that we become an integral piece of the city and that the community supports live music and the arts. We want to become a top-tier music venue in the nation and put us on the musical destination map.”

The Criterion kicks off its first show March 26 with Ben Rector, followed by Third Eye Blind April 2, Rick Springfield April 9, My Morning Jacket April 27 and Disclosure May 13. Expect to see comedy shows, plays and musicals, sporting events, conferences and other events, too. And local bands should get their share of the stage at Levelland Production’s second venue, the soon-to-open Tower Theatre.

“Oklahoma puts out so many great musicians and it’s time to give them venues to grow into and for aspiring performers to see the acts they want to become in their own backyard,” Marsh said.

You’ll find live music every Friday and Saturday night in one of Edmond’s oldest buildings and newest hangouts, the Patriarch. At 9 E. Edwards St., the Patriarch offers music lovers a chance to see mostly Americana and folk artists.

Owned by five men, the Patriarch is about as local as it gets. “Everything we can do to support Oklahoma beer and music, we do that,” Brad Mullenix, co-owner and booking agent said.

Don’t see your favorite local musicians on the roster? You’re likely to hear them piped through the speakers. These guys have a perfectly curated house playlist that spotlights Okie artists like Sherree Chamberlain, Tyler Hopkins, John Fullbright and John Moreland.

If you’re there on a Friday or Saturday night you might see the likes of Hopkins, Air Line Road, Claire Piersol, Erick Taylor, Goldie Lahr, Mike Hosty, Willow Way and Culture Cinematic. Throughout the winter, T.J. Haverkamp entertains on the piano, creating an ambiance inside the 18th century home that you won’t find anywhere else.

“The atmosphere is completely transformed when someone is playing in front of you,” Mullenix said. “It doesn’t matter who it is, live music is always better.”

Booking live music for the 51st Speakeasy is Greg Dustamante, who owns the bar with Henri Bailey and brother Michael Dustamante. The three recently took over ownership at 1114 NW 51st St. in OKC and have plans to revive the Friday and Saturday night entertainment.

One thing won’t change, though, and that’s the focus on talented local bands. “Local, original, indie rock—that’s our foundation,” Dustamante said. “But we also host a hip-hop show usually at least once a month.” Although they didn’t have spring shows nailed down yet, Dustamante said Speakeasy customers shouldn’t be surprised to see some returning musicians. The venue has hosted Josh Sallee, Horse Thief and Chase Kerby in the past.

A musician and live music fan, Dustamante said he’s eager to see what the metro has in store as new venues continue to emerge.

“We haven’t really had much of a culture of people going to see music here. Hopefully with the Tower Theatre and the Criterion and everything else, that will change.” 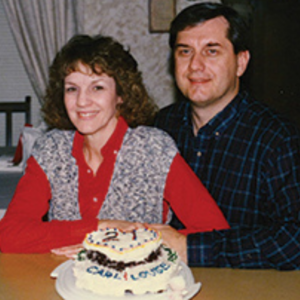 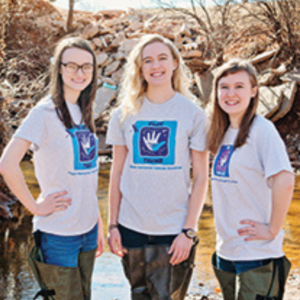