St. Patrick’s Day invokes images of emerald-hued beer and cocktails, and for good reason—33 million people worldwide celebrated the holiday in 2015. As you may imagine, metro-area liquor stores see a corresponding surge in foot traffic in the days leading up to St. Patrick’s Day. One Edmond business owner plans to use the holiday as an opportunity to help a local animal rescue.

Jevon Hart, manager of The Bottle Shop, will host a St. Pittie’s Day fundraising event this month for Prima Pit Bull Rescue and Sanctuary. His mother Karen has been rescuing pit bulls for several years and currently operates on family land. Funds raised from the event will be used to help with the costs of purchasing land for a larger, permanent location owned by the rescue. The event will be in the parking lot of The Bottle Shop, located at the southeast corner of Memorial Road and Eastern Avenue.

The event will feature food, a DJ Karaoke contest, a dog costume contest and a variety of Irish cocktails. “We want the event to be about the dogs, of course, but we want the entire neighborhood to feel involved,” Hart says. “We’ve had neighboring businesses allow us to set up tables in their shops in previous years. We try to engage everyone in the area. It’s a very community-minded environment.”

Pit bulls used to be referred to as “nanny dogs” because they were so good with families. Hart believes pit bulls are the victims of an exaggerated reputation. According to Hart, “they’re so misunderstood.” Hart says he’s inspired by his mother’s passion for rescuing animals and wants to use his business to help her as much as possible. Hart’s brother, Aaron, is also part of the rescue operation and has built dozens of kennels for his mom’s animals. Aaron is also an assistant manager at The Bottle Shop.

Hart is no stranger to charitable causes. A lifelong dancer and musician, he has performed for veterans across the country and has helped his mother rescue dozens of animals throughout his life. He speaks about rescuing animals with the passion of someone who has done it their entire life. Hart sees The Bottle Shop and this event as a great way to combine his professional and personal passions for a worthy cause. Head to The Bottle Shop this St. Patrick’s Day, stock up on your beverage of choice and give some of man’s best friends a better life. 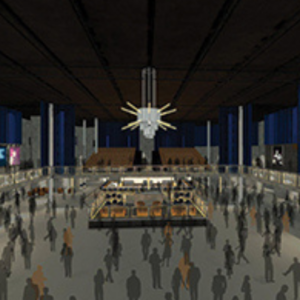 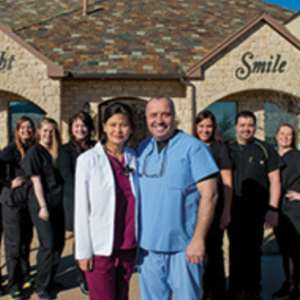 by Morgan Day
Dr. Eli Jarjoura prides himself on making the dentist's office experience as convenient as possible for all patients. Jarjoura and his staff eliminate multiple appointments, meaning if more than one procedure can be done in one visit to save patients' time, they are scheduled on the same day.
Read More  >