Confessions of a Wedding Photographer 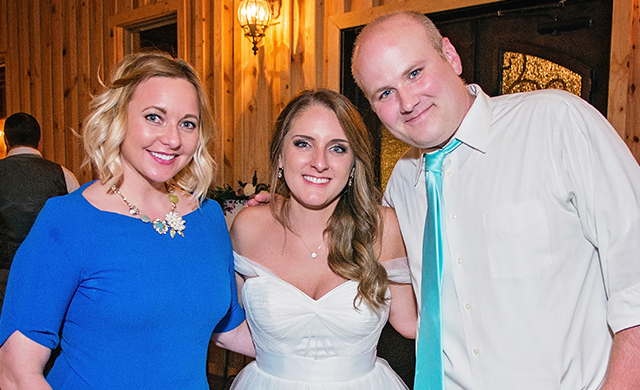 Warning, this story is sappy! It’s about a married couple who nd themselves in a constant state of wedding bliss. Nearly every other week, Marshall and Amy Hawkins are photographing a wedding. The “love in the air” feeling must rub off on them because the two talk about each other like they are still a dating couple.

“We feel so blessed that we’re happy and married, and we get to see other people become happily married,” Amy said.

“We’re always a little mushier a few days after a wedding,” Marshall said. “It takes us back to why we got married.”

“There’s one moment in every ceremony, during the vows, that I’ll sneak a peek at Marshall. He’ll give me a wink and a nod like, ‘I chose you, and you were the right person for me.’ It’s like a renewal of our own vows,” Amy said.

The Joining of Two People

When they married in 2009, Amy had no experience as a wedding photographer. She started tagging along and helping with equipment because she enjoyed watching Marshall’s “charm and charisma” in action. He noticed her natural eye for photography and trained her on techniques and perspectives. Marshall says that Amy now is as good as anyone in the business. “I see the big picture, and she sees the fine details–like if the bride’s necklace is straight,” Marshall said.

Amy feels lucky to have learned a new skill set that allows the husband and wife team to work together. “He was a great teacher. He never stops learning and looking at new trends, so he’s a better photographer at every wedding.”

Now, they’ve done over 200 weddings together. Marshall says that Amy handles the most stressful part—the bridal room. “She’s really good at assuring brides that things never go perfectly, but it will be all right in the end.”

“Brides either stress out or let it roll off,” Amy said. “But I nd it exciting to be in the bridal room to capture those wonderful, giddy moments when she’s so excited about who she is going to marry.”

Because the Hawkins know the wedding business, they often take on the unofficial role of wedding coordinator when one isn’t present. Marshall frequently touches base with caterers about the food schedule or cues the DJ to start the music. Amy gets all kinds of questions in the bride’s room, like, “Which leg does my garter go on?” “How do I put on my boutonniere?” “Can you help me button this dress?”

The Funny and the Fallen

The Hawkins feel fortunate to have avoided the stereotypical “bridezilla” wedding, stating that sometimes a bride might have a snappy moment, but she always apologizes. The Hawkins have, however, been witness to a variety of awkward wedding situations: The bride who showed up an hour and a half late. The bride who requested a photo of herself on the toilet (discreetly surrounded by her voluminous dress, of course). The groom who passed out while lighting the unity candle.

“When holding re, it’s not the time to pass out,” Marshall said. “Fortunately, the groom quickly revived, the couple laughed, and no re was started.”

Funny moments inevitably occur, too: The bride hit with bird poop. The officiator who imitated the nasal-voiced wedding priest from the movie, “The Princess Bride.” The groomsman who broke out in a 1980s dance routine to the song, “I Wear Sunglasses at Night.”

Amy recalls a 5-year-old ower girl who had a basket in one hand, a Wedding Barbie in the other, and she was also trying to raise her too-long skirt as she climbed the stairs. “She tried so hard, but she stumbled on every step, and the audience gasped every time,” Amy said. “Once the ceremony started, she looked up and started pointing at the ceiling. You could tell she was counting the lights, one by one. Slowly, all the groomsmen started to look up, and you could tell they were counting, too.”

The Hawkins are continually in awe of the sweet gestures of love they see in the ceremonies they photograph. They were moved by a shy bride who surprised her new husband with a beautiful solo. They are appreciative of divorced family members who put aside their differences. And they will never forget the moment that one bride was ultimately selfless.

“During a father/daughter dance, the bride suddenly stopped, grabbed the hand of her older sister, and let her finish the dance. For some unknown reason, the sister had missed this opportunity during her own wedding, but this bride spontaneously shared her moment,” Amy said. “It was so special. I had tears rolling down my face, but I couldn’t wipe them away because I was holding the lighting for Marshall.”

“I know it’s sappy, but I’m so privileged to capture these wonderful memories alongside my husband,” Amy said. “A lot of brides forget the details of their wedding day, so it’s our job to help them recall those moments. Ultimately, we’re more than photographers–we become their friends, and then we photograph their babies and watch their families grow and flourish. 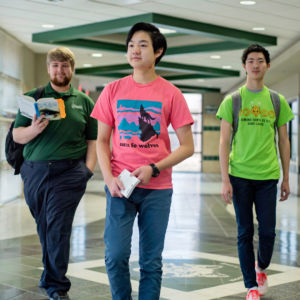 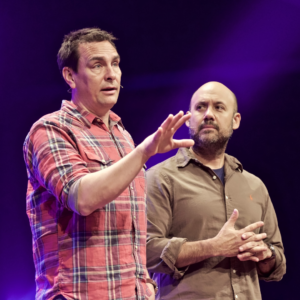