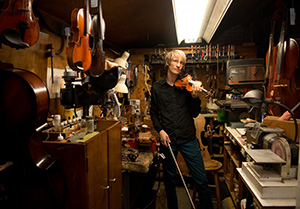 “There’s still a soul, so there still must be hope.” Kyle Dillingham was speaking of violins when he said this, specifically a box filled with violins deemed “broken beyond repair.” The instrument he held could hardly be called a true violin anymore. No strings, no pegs and even the sound post within the violin—l’âme du violon in French, literally the soul of the violin—rattled within its worn, stripped body.

But Dillingham was able to find the music within the broken instrument, and recalls the day when he came upon it. “I was heading out the door and I pulled this violin,” he says, holding up the stringless piece. After looking it over that day, he thumped the fingerboard and was rewarded with a lovely sound. When he shook it, he realized the sound peg—the soul—had come loose but was still intact.

He took it with him that day and played “How Great Thou Art,” the song that seemed to be hidden in it. The song that resonated within the broken instrument reached out to each person in the audience. “It was more of a response than I could have imagined,” says Dillingham. 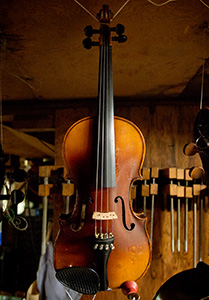 Whether speaking of musical instruments or even people, it can be easy to want to overlook those in need of major repair, the ones that seem the most broken. But when you realize that we’re all a little bit broken—that can be a big moment. And it just takes a small shift in perspective to realize that something “broken beyond repair” might just need a different approach to heal.

Dillingham has played violin most of his life, in over 30 countries across the globe and currently serves as the Musical Ambassador in Residence at UCO. Back in 2003, he traveled to Africa on a business trip and took time off to visit an orphanage in Togo. Upon returning to Oklahoma, this visit stayed in his mind. One day, when he walked past a box of broken violin parts at Inner City Violin—something he had done every day, for years—he looked at them in a different way.

“I began seeing the faces of those children,” says Dillingham. “I started messing around with the violins, and it was like God was saying ‘just pick one up, pull one out and play on it.’ When I put it under my chin and began to play, it sounded like a little cry, a fragile little voice. I thought, I’ve been playing the violin all my life and I’ve never heard this sound.” And that’s when Dillingham realized that broken beyond repair didn’t just apply to old musical instruments. 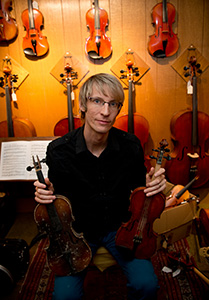 A few years later, he was asked to play his broken violins at a beans and cornbread fundraiser for FIRSTEP, a recovery program for men and women. While he had continued to work with the broken violins over the years, he had never played them officially for anyone. The owner of Inner City Violin knew the potential these instruments had and asked him to play for this group. Dillingham took his broken violin in front of the audience and started playing ‘Amazing Grace.’ “It just came to me.” In return, the audience responded and found themselves in those broken instruments, in that haunting melody.

From there, Dillingham was asked to share his broken violins with other groups—and he quickly realized that the brokenness he related to those orphans and the addicts also struck a chord with the homeless, the hungry, those healing from disease or grieving a loss. Every group he reached had a similar response. “They all said ‘this is us, this is us, these violins,’” says Dillingham. “It connected with everyone—everyone can relate to the brokenness.”

“I realized that I needed to do more with this—the message of healing,” says Dillingham. 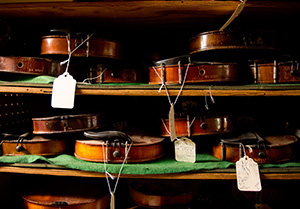 It’s clear that the broken beyond repair box of violins doesn’t just represent a collection of useless objects to Dillingham, but rather a box of individuals, each with their own potential. He looks at each piece more carefully now, to find its voice. “Just like each one of us, created uniquely and beautifully in God’s image, each one of these instruments is unique, beautiful and of value,” says Dillingham.

“Our instinct is to fix them—I wonder if we could fix this?—and we could, we could fix them all, make them perfectly playable, but that’s not what we need to do,” asserts Dillingham. “Fixing them would take away their beauty.”

Dillingham is currently recording a full-length album featuring the “broken beyond repair” instruments, scheduled for release in November. He can be reached through his office 405-808-8804, info@horseshoeroad.net or www.horseshoeroad.net. 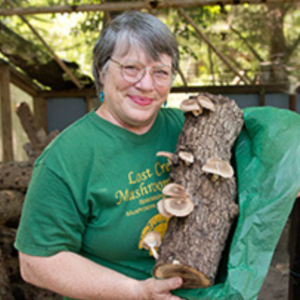 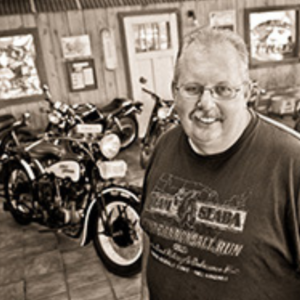