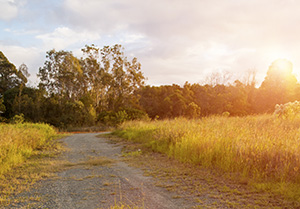 Former U.S. Army 1st Lieutenant and Edmond native Michael Behenna has been the subject of intense media scrutiny since he was first charged and convicted of premeditated murder of an Iraqi insurgent with ties to Al-Qaeda. He was sentenced to a 25-year sentence, which was later reduced to 15 years. Behenna served five years at the US Disciplinary Barracks at Fort Leavenworth before being released this year. For Behenna, his parole represents a second chance at civilian life and an opportunity to reconnect with his Oklahoma roots. While his story is one of military service, perseverance and redemption, he is ready to return to a quiet, civilian life.

Behenna felt the call to military service after the September 11th terrorist attacks. “I wanted to serve my country and knew that President Bush was going to invade Iraq. My mind set at the time was I wanted to go help as soon as possible,” Behenna explained. He attended Edmond North High School and the University of Central Oklahoma. He participated in the Reserve Officers Training Corps (ROTC) while attending UCO.

After completing ROTC training, Behenna attended Infantry Officer Training and was selected to attend the U.S. Army Ranger Training School. Behenna was deployed to Iraq in 2007 and commanded a platoon known as ‘Mad Dog 5.’ On April 21, 2008, the platoon was investigating Ali Mansur, an insurgent, when an Improvised Explosive Device (IED) detonated near their convoy, injuring and killing several of Behenna’s men. Mansur was subsequently detained and further interrogated by US Army intelligence officers for ten days. Despite their investigations, intelligence officers could still not definitively tie Mansur to the attack on Behenna’s platoon. Unhappy with the findings of the intelligence officers, Behenna believed Mansur to know more than he was revealing. On May 16, 2008, Behenna drove Mansur to an isolated part of the Iraqi desert for additional interrogation. According to Behenna, Mansur attempted to attack Behenna and apprehend his firearm. Behenna later told investigators that he shot Mansur in the chest and head as an act of self-defense. Behenna was court-martialed and charged with premeditated murder, receiving his parole in March.

Since returning to civilian life, Behenna has begun ranching in Medford, Oklahoma, and has found the long days on the ranch to be a wonderful contrast to the harsh conditions at Fort Leavenworth. “So far I really enjoy the wide open spaces,” Behenna said. “I wake up at 7:00 am and get to work about 8:00 am. I work many nights until sunset. Once I’m finished checking on the fences and cattle, I go home, fix dinner and sit outside on the front porch. I want to live a peaceful life helping my neighbors and being with my family. ”

Behenna received financial and emotional support from friends and family during his trial and time at Fort Leavenworth. “It meant everything to me. I knew that my family and friends would support me but I didn’t realize how many people I didn’t even know were behind me,” he said. “It showed me that there are people out there who care about soldiers and will stand up for them and the difficult decisions we make in battle.” Behenna received financial support from a group called United American Patriots, which helps soldiers and Marines who are charged with murder in combat to pay for their legal expenses. Behenna’s loved ones made routine visits to Fort Leavenworth during his sentence. “As for my friends who took the time out of their lives to visit me in Leavenworth… I can’t thank them enough. I won’t forget their kindness and love.”

Behenna understands the value of the second chance he has received. While the public only knows him for his military service, there is a personal side to the former solider that few seldom see. “I don’t want to let life pass me by waiting for next week or the next holiday or next year. I want to enjoy each and every moment life has to offer,” Behenna said. “I value the quietness of life and the songs of nature I hear while sitting on my porch. I don’t believe that I have to fill each moment of my life with noise—radio, TV, iPhones and text messages.” His new life has allowed him to seek quiet and solitude after years of media scrutiny. He seems to be enjoying it tremendously. “I am teaching myself to play the Native American flute. It’s peaceful.”

Behenna continues to advocate for soldiers incarcerated under circumstances similar to his own. A group of soldiers known as the Leavenworth 10 continue to serve sentences for murders in the field of combat and Behenna advocates for their releases. “They are all really good, dedicated men who need to be rejoined with their families. Unfortunately, I am no help to them on their appeals or legal work, but they have my full support and I will continue to spread the word about these men in hopes that they will soon be released,” he said. “If we can release Taliban combatants now that the war in Afghanistan is coming to a close, surely we can release our own prisoners.”

Behenna is a man ready to embrace the next chapter of his life. His journey from Edmond native to military leader, prisoner and now civilian is one that reminds us of the intense pressure our soldiers encounter in service to their country. Behenna understands his second chance is not one that every soldier in similar circumstances will receive. He is dedicated to making the most of his newfound life as a rancher on Oklahoma’s sweeping plains.

Learn more about the Leavenworth 10 at l10freedomride.com. 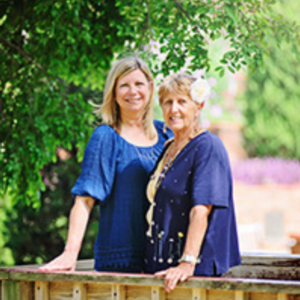 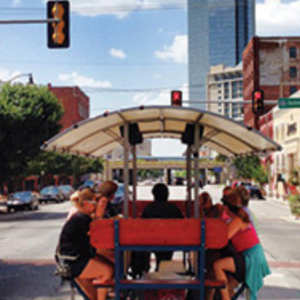 by Laura Beam
Whether you savor the day with a hotdog in hand amidst roaring thousands or gab with your girlfriends over queso dip at the kitchen island, football season sparks a fun food line-up that signals the kick-off of fall. Dig in and relish some winning options from locals who've definitely got game!
Read More  >