September 2014, In Other Words with Dave

Here’s a story about ALS with no buckets of ice water, no YouTube and no potential to go viral. It’s a story about my dad, Winfield Miller. My parents divorced when I was very young, so my memories begin with spending weekends with my dad. He was a musician. He could play anything—but the trumpet was his favorite. I remember how quickly his fingers would tap the pearl covered valves. And how his cheeks would puff out really big when he played.

Over the years I remember father-son vacations, playing frisbee in the park, building models, fishing, hanging out at the studio where he taught and going to movies—even him giving me a few boxing lessons.

When I was in 7th grade, something changed. We wouldn’t play frisbee or go to the park as much. I noticed my dad was having trouble getting in and out of his car. He was moving slower—more deliberately. After he dropped me off one Sunday afternoon, my mom told me she needed to speak with me. I could see she was upset. She explained to me that my dad had a disease. It was called amyotrophic lateral sclerosis. I could never remember the name—but I always remembered the letters, ALS. She told me it was fatal. It was a lot to take in.

Visits with my dad became less frequent as he sought treatment. I remember when he’d come to the door to pick me up—he’d use two canes, then months later he’d use arm crutches and not long after that I’d just go meet him at the car. Our weekends together turned to day visits. He couldn’t play music anymore, but we’d listen to records. We’d talk less.

Venturing out became troublesome. I remember us going to the movie, Jaws. My dad was moving slow and we were running late. The theater was dark as we were getting to our seats. My dad fell trying to get settled. Some kind moviegoers helped get him back in his seat. That was our last visit out.

I didn’t see my dad for a while after that. When I did see him, my mom would drive me to his place and pick me up. We’d play chess, he’d tell me Army stories about Korea or we’d just watch some shows. He couldn’t walk anymore. That’s how the visits went for a while.

The disease had robbed him of his physique, his ability to make music and eventually the simple ability to play chess with his son. He was trapped inside a failing body. He was gaunt, his voice was raspy. The last time I saw my dad, all he could do was look around. He was in a nursing home and a ventilator was helping him breathe. He couldn’t speak, he whispered to me that he was sorry. For many, many years I was confused by those last words. But I understand now.

To donate to the ALS Association, go to alsa.org. 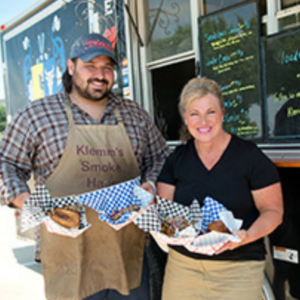 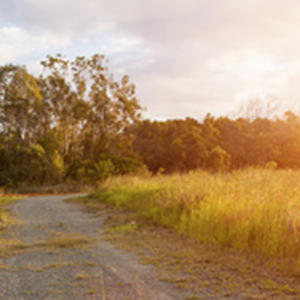 by Austin Marshall
From service to solitude, former soldier Michael Behenna finds peace on a ranch in Oklahoma.
Read More  >