The Edmond Jazz and Blues Festival 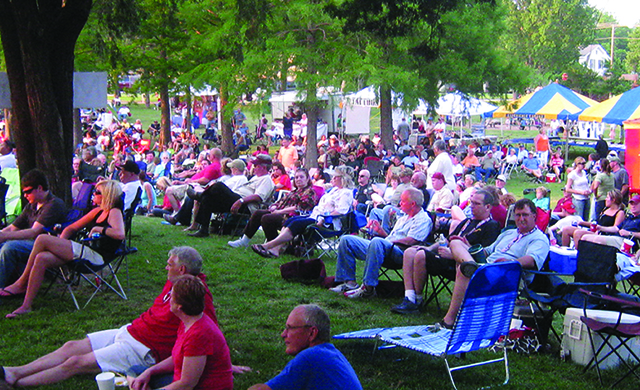 When looking at pictures of the
event, you might think that it takes an entire team of workers to pull off the
massive show each year. It’s really just the hard work of two men and the
shared love of music and a feel-good time that will keep Stephenson Park packed
during the free festival. 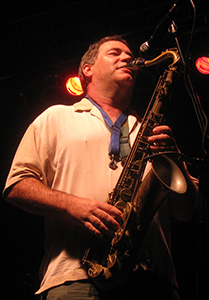 Mark Neighbors is a busy man and
that’s putting it lightly. One look into his office will give you a small
indication of just how busy the big guy is, especially while planning for the
Jazz & Blues Festival. After walking into Parkway Men’s Wear, one of Mark’s
many business adventures, you’re immediately drawn in by all the high-end
merchandise. The garments are carefully placed on shelves and lined properly on
racks and the tables are filled with eye-catching accessories. Once you head
behind the staff-only door, you move into Mark’s bat cave and get a small peek
into the life of Edmond’s version of Bruce Wayne. As Mark sits comfortably
behind a desk full of paperwork, he quickly opens up about the Jazz Festival
and what attendees can expect from it all. But, it’s not Mark’s words about the
festival that might surprise you. When Mark and his right-hand man Jason
Gilliam begin to talk about the Edmond Jazz & Blues Festival, it’s made
crystal clear that the large event enjoyed by thousands is put together solely
by the dynamic duo. 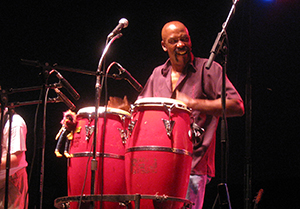 “We’ve got it down to a science.
We’ve got a committee that pulls it off—it’s us two,” says Mark. “We wanted to
give back something to the city because we’ve been so blessed by what the city
has done for us.” Mark is happy with the growth that they’ve seen in the event
since 2000. “When we took it over, it had about 1,000 to 2,000 people. Now it
runs about 15,000. It’s grown a lot.” That number alone makes the festival one
of the biggest annual functions for the city of Edmond. While that might seem
like a huge undertaking to handle, Neighbors insists that the drama-free event
only brings music lovers ready to have a good time. “We’ve had almost no crazy
happenings though we do have security at the festival.”

The minimal amount of chaos can
be mainly attributed to the family-oriented crowd that the Edmond Jazz &
Blues Festival draws. Pictures from previous years show many friendly faces
spread across large lawns in comfortable chairs ready to take in the music of
the festival. “There’ll be kids up dancing with grandparents,” says Jason. “We
see multiple generations at the park and, to me, that’s one of the coolest
things—the people.” 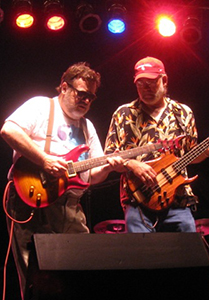 Fans will be thrilled about the
2013 lineup. This year’s headliner is Bill Homans, known to his legions of
devoted fans as Watermelon Slim, who has released a number of albums and been
nominated for 17 Blue Music Awards. Slim is an Oklahoma resident who actually
got his name from harvesting watermelons. “It’s pretty impressive that an
Oklahoma [resident] can make it in the blues scene like he has,” says Jason.

Attendees can also chow down on
fried pies, corn dogs, turkey legs and all the other festival favorites that
Oklahomans love. The duo hopes to expand the festival for years to come by
including more headliners for music lovers to enjoy. They continue to find
success by always keeping in mind the reason that they first decided to
coordinate the music fest. “We really didn’t want to see the Jazz and Blues Festival
die,” says Gilliam. “The park becomes a melting pot for two days.”

It’s been said that music is the
universal language that helps connect people. Two local music lovers continue
to prove that theory every year by helping the people of Edmond jam together in
perfect harmony.  (edmondjazzandblues.org) 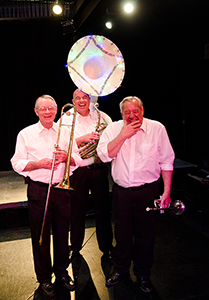 There are a number of reasons to
come out to this year’s Jazz Festival—the vendors, people and, of course, the
music help draw thousands to the annual event. Jeffrey Kidwell, founder of The
Civilized Tribe, is mostly looking forward to entertaining the large crowds.
“We just like to get together and play,” says Kidwell.

The Civilized Tribe was started
30 years ago when a group of student musicians headed by Kidwell decided to
enter a nationwide talent search for the top collegiate Dixieland Jazz Band.
The band has been jamming worldwide ever since. After winning the contest in
1983, the band traveled and performed in Europe, Canada, Mexico and all across
the U.S. They have also been featured on a number of high profile televisions
shows including the “Today Show,” “The March of Dimes Telethon” and “The
Tonight Show.”

When they’re not gearing up for a large event,
the band can be found playing regularly at the UCO Jazz Lab. Although the group
has played at a number of various events, they’re excited about returning home
where it all started. “We’re looking forward to another great Edmond Jazz and
Blues festival,” says Kidwell. “It continues to be one of our favorite performances
each year.”