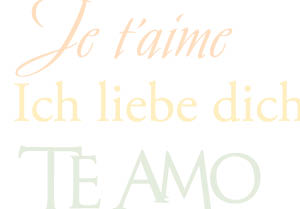 I did it! After forty plus years
of speaking hardly any French, I signed up for a refresher course. Believe me,
it is difficult to pick up a forgotten language. Pitiful, in fact! I studied
Spanish and French in college, even teaching both languages in high school for
a few years. But the old cliché, “If you don’t use it, you lose it,” is proving
all too true in this new venture of relearning French. On the first night of
class, my mind kept going to Spanish, having had the opportunity to use that
language through the years.

I actually did graduate work in
Spanish, even going on a weekend immersion trip. Have to admit it was a little
scary not to be able to speak English for a few days. We stayed in cabins,
shopped for groceries and cooked meals but also ordered at fast food
restaurants—all in Spanish. Evenings, we sat together and chatted casually in
the language our minds had now adapted to speaking. On my way home from the
retreat, I stopped to get something to eat. When the young man asked for my
order, I automatically uttered a few Spanish syllables before my brain kicked
in and screamed, “English! Speak English!” I stuttered a bit with this
tug-of-war going on in my mind before quickly switching to my native tongue.

But the best I can tell, it will
be a good while before I am asked a question at a restaurant or any other place
and my natural response will be in French. The good thing is that we have the
Internet today where we can see and hear French conversations, all in native
accents. The bad news—my brain is much older than it was when I did my college
studies and not as pliable in learning new things. In fact, I often have to
search my thoughts for the right word to say in English! My son, Aaron,
assuages my self-esteem by telling me my mind is overloaded and overwhelmed
most of the time, which causes this minor glitch in memory. Makes sense to me
and I’m claiming that explanation for my own.

So I will push forward on
relearning the French language, mainly because of sweet memories from long ago.
While I was studying French and Spanish in college my husband was overseas,
stationed in Germany with the U.S. Army Rangers, so we often wrote letters with
special love sentiments in different languages. I might write, “Te amo
muchisimo.” Carl would answer, “Ich liebe dich.” And while we were separated we
both wore identical charms around our necks that read, “Je t’aime plus qu’heir,
moins que demain,” even ending our letters with that phrase in French or in
English. I love you more today than yesterday but less than tomorrow. In fact,
we often repeated those words to each other and wrote them on anniversary cards
throughout our 45 years of marriage.

So as I approach this second
anniversary of my husband’s death from pancreatic cancer, I write letters to him
in heaven, sending him precious love messages in every language I know. Te amo
mi esposo. Je t’aime beaucoup. Ich liebe dich, and other tender expressions. No
need for translation. He understands them all and whispers them back to my
heart and my soul, even adding his precious P.S. from long ago letters, “I will
be with you forever!” A promise then and now.

I add my own special P.S. to my
beloved. “Love you forever! Even beyond the beyond. Miss you just as much!” 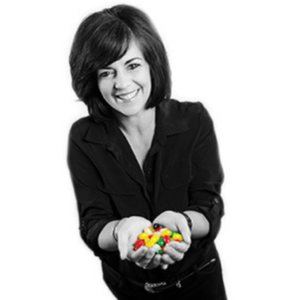 by Gina Chong
In the early 90s, Edmond resident Tracy Jackson became a mother. Like all new mothers, she wanted her daughter to have the best experiences growing up"���those that encourage high self-esteem, love and acceptance.
Read More  > 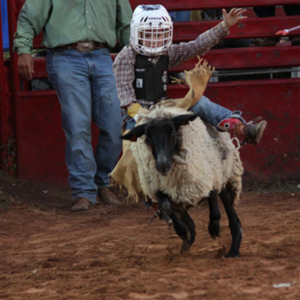 by Heide Brandes
In the world of youth sports, rodeo is perhaps the most time intensive for youngsters, but it's a sport and a lifestyle that is enjoying growth and popularity in places like Edmond.
Read More  >