Award-winning filmmaker, Al Mertens, has just wrapped up post-production on Thank You, Amelia Earhart, a feature-length film made entirely by Oklahomans––perhaps the state’s first. “From cast to crew, it was nothing but us Okies,” Mertens said. “Our state had every ounce of talent we needed. Mary Buss is our incredible lead actress, our crew included members who’ve worked on a movie nominated for Best Picture Oscar, and the score is by virtuoso Kyle Dillingham, in his first foray into composing for feature film.”

The main setting was filmed in a historic house in Jones, Oklahoma. “It’s a gorgeous two-story house with a white picket fence. Inside is the formerly smoke-filled room where political powers decided to move the state seal from Guthrie to Oklahoma City,” Mertens said.

The film is about Myrtle, a woman in her nineties who grew up when Amelia Earhart was the “girl power” role model. Because of health problems and a difficult personality, Myrtle goes through a succession of caregivers, including the latest, an equally headstrong young woman. What they learn from each other leaves them both forever changed. Earhart’s legacy is present throughout the film.

The idea for the film occurred to Mertens after the passing of a 107-year-old relative. “The year she was born, the North Pole was discovered!” said Mertens. “I wish I had talked to her more. She was a child during WWI and a mother during WWII. How did that shape her ideals? Do we demand tolerance, but not try to understand the perspective of people from a different time?”

Mertens began writing after a close friend died in a small plane crash. Friends asked him to write her eulogy, which released a torrent of emotions in him. He then began writing blogs that he describes as “dark emotional purges.” After taking a five-day screenwriting workshop, Mertens realized that film writing was the creative passion missing from his life.

Working around his career as an investment advisor, Mertens penned a “so-so” short screenplay, in which a fan of his blogs, the filmmaker Patrick George, saw potential and said, “Let’s make this.” Mertens expected to sit on the sidelines and watch the shoot, but instead, George invited him to direct. The essentially no-budget film, Sacrificios, did well at film festivals, screened in Hollywood and was awarded at a Berlin film festival.
Mertens has since written numerous screenplays, three of which achieved #1 bestseller status on Amazon, and has written and directed other short films. He expects his first full-length feature, the internationally award-winning Native Hearts, to be available by the end of this year. Local audiences may be able to catch Thank You, Amelia Earhart on the big screen in 2023 or 2024. He’s proud to have written, directed and produced the film, along with tremendous help from his wife, Brandi.

“We’re the bottom-line production staff, so I get exactly the piece of art that I want,” Mertens said. “We’ve got one life, and we can’t allow fear to keep us from pursuing creativity. Being an introvert hasn’t stopped me from saying crazy things like, ‘I need your pool for a movie scene.’ When people say, ‘I wish I could do what you do,’ I ask, ‘Why don’t you?’ We each decide what to fit into our lives. One of those things for me is the creative process of filmmaking.” 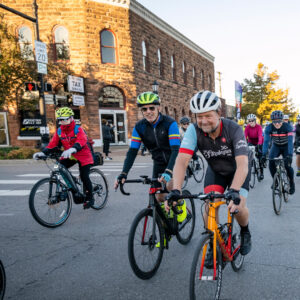 by Maggie Murdock Nichols
Around 800 cyclists will embark this month on Oklahoma’s portion of Route 66, otherwise known as “the most rideable stretch of Mother Road”. This ride and its route represent a major milestone for Oklahoma tourism – cyclotourism to be exact. A Ride on the Rise November 2026 will mark the 100th anniversary of Route 66,...
Read More  > 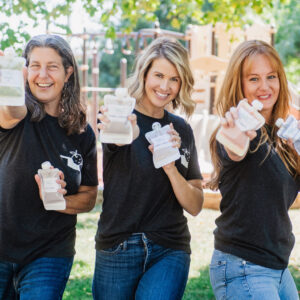