Teaming up for Tennis 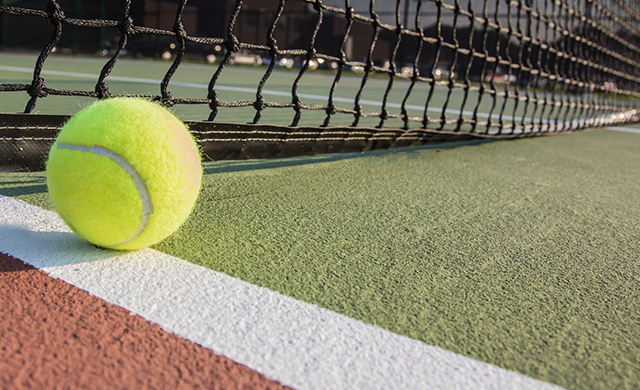 Teaming Up for Tennis

An in-development Edmond tennis center is the product of collaboration between city and school, for the community and beyond.

Tennis can be a game of singles or doubles, but the new Kickingbird Tennis Center definitely falls into the latter category. A joint partnership between Edmond Public Schools and the city, the 28-court facility–10 indoor courts, 18 outdoor courts, with room for potential expansion–will be located on 23 acres at 15th St. and Kelly Ave. The facility will also include a clubhouse and locker rooms for Edmond High School students and the public. David Minihan of Edmond Tennis Services is slated to direct the new center.

With an expected price tag of around $14 million, the City and Edmond Public Schools will split the cost. The City purchased the land for $2.5 million, with $4.5 million to follow for construction costs, money derived from city trust funds, sales tax initiatives and capital investments. Two bond issues from 2015 and 2017 will fund the $7 million contribution from Edmond Public Schools.

The project arose from stadium construction and limited tennis facilities at the three public high schools in Edmond, said, Superintendent Bret Towne. “We started talking about doing a district tennis center, and then we asked the City if they might want to enter into a partnership,” Towne said.

According to Towne, the new development drew inspiration from the similarly structured competitive pool at the Mitch Park YMCA, which Edmond schools, the City, and the YMCA share. “We only need these courts a limited time during the day, and then they can be used by other groups,” Towne said. “It really is all about maximizing the usage of facilities, and not duplicating.” The development for the new complex is currently in design, tentatively expected to go out to bid in late spring or early summer.

After the bidding stage, construction is expected to take 12-14 months, with a completion date sometime in 2019. Towne said that the project aims to construct several outdoor courts as soon as possible so that Edmond students can begin using them.

Following the precedent of the Mitch Park YMCA, the new tennis complex represents a collaboration that’s largely unique to Edmond, said Steve Commons, Assistant City Manager of Administration. “The key to this is sharing resources, and the willingness of each party to give a little in its availability,” Commons said. “We could have something very special here, and that wouldn’t have been possible had we all not been willing to give a little bit.”

The proposed facility’s scale could also make it attractive to statewide or even regional events run by the United States Tennis Association (USTA) Oklahoma branch–the governing body for tennis.“We’re incredibly excited about this facility,” said Bill Towler, President of USTA Oklahoma. For Towler, the facility’s singular purpose of providing space for tennis programming stands out. Towler said that at tournaments, local players would be able to sleep in their own beds before tournaments at the new complex, while visitors could nd Edmond a more compelling destination for tennis tourism. “When you have somewhere that’s tennis first – that’s where you want to come back,” Towler said.