Take a Book, Leave a Book

You may have seen some fancy new bird houses popping up in neighbors’ yards all over the metro. If you look closely, they aren’t bird houses, they are “book houses.”

The Little Free Library movement began in 2009 and has spread to 70 countries. Participants create a weatherproof box to hold a small selection of free reading materials. Most include the official slogan “Take a book, Leave a book.” Although each library has its own look and personality, the goal is the same: to share the love of reading and to make the community a little friendlier.

Eleven-year-old Isabella is the owner of a Little Free Library in Edmond. She loves to read, and her family supported her interest in opening a library. “I wanted to do something for the community, so I asked my Grandpa to build me one,” Isabella said.  He agreed, but surprised her by installing it in her front yard as a birthday present. “The first thing she did was to pick out paint colors and decorate it with our family handprints on the back,” said Tawnya Baxter, Isabella’s mother.

Admittedly, Isabella’s been known to peek out the window to see who is at her library, but she’s just as likely to rush outside to say hello. Sometimes she even leaves notes or treats for her visitors. Isabella checks in with her mom if she thinks a book is inappropriate. “Some romance book covers are pretty risqué, but that’s been the extent of it,” Tawnya said.

Lainee Copeland’s family created their Little Free Library four years ago. “We mounted it to our mailbox. The boys would get so excited when someone stopped by that they’d rush out to meet the people. We’ve made a great number of friends that way, including a neighbor across the street who now has a Little Wee Library for young children.”

Both parents agree that the libraries are low-maintenance and have the added benefit of teaching their children about civic engagement and responsibility.

Not all Little Free Libraries are run by individuals. In some cases, a group comes together to create and monitor a community-based library. In the metro, examples of this can be seen in art districts, historic neighborhoods and even at dog parks and local businesses.

Mayfair Church of Christ added a Little Free Library to their community playground when a neighbor approached the church about putting one in and offered to help monitor it. The children’s minister recruited church members to build and install the library, which is specifically aimed toward children. The church has found it to be a low-cost community outreach that makes the park friendlier.

Because Little Free Library is a registered trademark, anyone interested should send for a charter number and information packet, which provides strategies for building the boxes and being good stewards of its usage. Once the library is registered, the location is added to their website so that people can find it.  “When we go on vacation, we make it a point to visit Little Free Libraries in the area—it’s a fun way to connect with people,“ Lainee said.

For the Copeland family, the library has expanded into new avenues of neighborhood interaction. Lainee added a “seed swap” box onto the side of her library. Most recently, she became part of The Turquoise Table movement.

“But there’s nothing like it to see a kid come skipping down the road, grab a book and skip back.”“Having a turquoise picnic table in your front yard is a symbol of hospitality. It’s a community gathering place for neighbors.  With the table and the library, we have people coming and going in our yard almost daily. It’s neat that my kids are growing up in a neighborhood where people actually are getting to know each other,” Lainee said.

To learn more or to find nearby libraries, visit littlefreelibrary.org 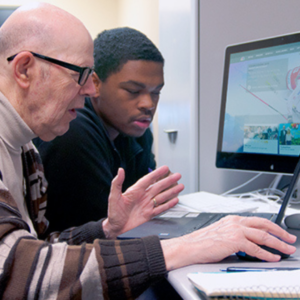 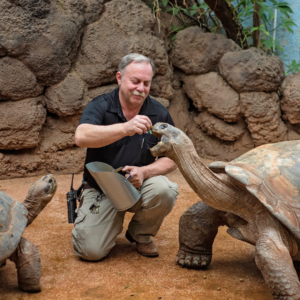