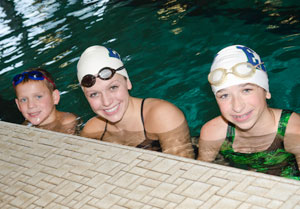 As Michael Phelps, Ryan Lochte, Rebecca Soni and Missy Franklin wowed the crowd at the Olympic Games in London this past summer, there was a group of youth watching intently. Members of the Extreme Aquatic Team (EAT), an Edmond-based United States Swimming competitive program, watched hoping that one day that would be them.

The USA Swimming registered organization is a year-round sport and includes ages 5-19 while the Extreme Masters program is for those 20 and older.

Cindy Goddard has been with the team for nine years, serving as the head coach for the past six years. Goddard earned Oklahoma Age Group Coach of the Year honors 2007-2009 and has taken EAT from a youth program to a program for both children and adults during her tenure. When Goddard first arrived, there were just 50 youth participants and no adult program. Today, EAT has 130-plus registered youth members and 10-12 adults annually.

“Physically, swimming is a great aerobic sport, and you can continue to swim your entire life,” Goddard said. “Socially, we’re a sport where everyone practices together and they come from different areas. We feel like we offer a great amount of technique and endurance work starting at a young age.”

Team members come from all over the area, attending rival schools and living in different communities. Three of those athletes are Ally Robertson, Zhenya Ingram and Alexa Halko. All three have been a part of the program for a few years now and each have a growing list of accomplishments.

Ally, a sophomore at Edmond North, got her start in the Learn to Swim Competitively class. She set a meet record this past year at the Central Zones Senior Championship and now helps coach the class that launched her swimming career.

“I went into the meet knowing I had trained well all season,” Robertson said. “Before the race, I saw the record, and just pushed it away, but had it in mind as a goal. I ended up winning by one one-hundredth of a second.”

The win was truely a Michael Phelps moment. The Olympian edged out Milorad Cavic in the 100-meter butterfly by the same margin at the 2008 Olympics.

“You do feel a little like (Phelps),” Ally added. “You just think if you didn’t kick or put your head down, something so small could have made all the difference.”

Zhenya is only 10, but he wants to be the next Phelps. It is fitting that his signature event is the butterfly, one of Phelps’ best events. The homeschool student scored his AAAA time, one of the fastest motivational times, this past year in the 50-meter butterfly at the 14-under Central Zones Championship in Indiana.

“I just kicked as hard as I could,” Ingram said. “It felt pretty good to get that AAAA.”

Zhenya started swimming at age seven, and says two of the things he likes most about being a member of EAT is having Goddard as a coach and hanging out with his friends. And just like most swimmers, Ingram’s ultimate goal is to make the Olympics one day.

Alexa is the heart of the EAT program. Born with a disability, she got involved in the program after getting involved with track and field and made the move to swimming almost two years ago. Halko went to the Junior National Disability Championship in Mesa, Arizona, and won all of her events and set several records.

“I was really awed by the people I was competing against,” Alexa said. “They were really good. I set a personal best in the freestyle.”

But what Alexa’s gotten from EAT has been much more than just wins and records. “I had a surgery to fix my legs in the second grade,” she added. “A friend’s mom got me involved, and I started making friends, and I’m still making friends. At first, I didn’t think I’d ever be able to play sports, and now I’m playing basketball, track and field and swimming.”

While tryouts continue throughout the year, the team is gearing up for its fall/winter competition season beginning in October. There are several different programs offered, all geared towards competitive swimming. While competitive swimming is a focus, some team members are there for the health and exercise benefits.

Each summer, the group also offers a swim lesson program for school age children looking to learn water safety and basic swimming skills. This past summer, Goddard and the Swim America staff provided over 1,900 hours in swimming lessons.

The majority of local meets are held at Oklahoma City Community College. The team’s signature event is the EAT Turkey Meet, scheduled for November 16-18, 2012, at OCCC. For more information visit www.extremeaquatic.org. 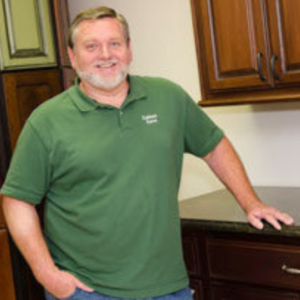 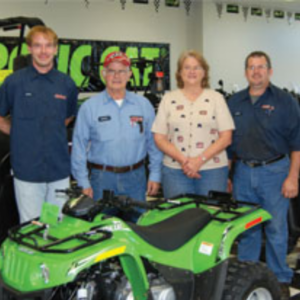 by Linda Treadway
With the retreating summer heat, riding enthusiasts are hauling out their motorcycles and ATVs to enjoy the cooler fall weather.
Read More  >