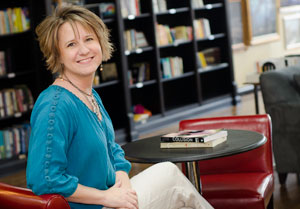 Sometimes life takes you places you never thought you’d go. Such is the case with Oklahoma-born-and-bred published author, Stefne Miller, who says the idea of writing never occurred to her until God led her down that path in a dream.

Miller grew up an Army brat, and lived all over the United States, from Hawaii to Georgia to Virginia. She says that life growing up was great, with parents who were always present, loving and attentive.

After graduating high school in Pennsylvania in 1988, she moved back to Oklahoma, a place she always considered home, to study political science at the University of Central Oklahoma, with a minor in public administration. After graduating in 1994, she had a variety of jobs, including working in children’s ministries with her husband and being cabinet
liaison for former Oklahoma Gov. Frank Keating. Even though her father had written several novels, she says she never thought about becoming a writer.

It wasn’t until she had a series of dreams about the characters in her debut novel, “Salvaged,” that the idea of being a full-time writer was realized. In an interview with Gabrielle Caroline at ModPodge Books, Miller said that during the first dream, she and God had a lengthy conversation about the “journey” the two of them had taken together thus far. Then He asked her if she wanted to go on a brand-new journey with Him. When she woke up, she knew she’d had a dream of great importance, so she immediately wrote down everything she could remember. The next night, she had a dream about a girl standing in front of a pickup truck, talking to a boy standing on a patio. The boy kept calling the girl “Charlie.” Right then, two of her characters were born.

Every night after that, she had a dream about people who would turn out to be the main characters in her first novel. Each morning, she woke up and wrote down the latest installment, adding setting and mood, and by the time the dreams stopped two weeks later, she had the first six chapters of the book. She just couldn’t bear to let the story end there, so three months later “Salvaged” was complete.

Miller has since written three other books in this young adult series: “Rise,” “Collision” and “Brave.” She’s also begun another series, with the first book in that series called “Gifted.” She says that “Salvaged” and “Rise” are Christian-inspired books. The running theme in these two novels is faith through adversity. In some stories, she explains, the faith message might be emphasized, while in others it is downplayed. “When I start writing a story, I ask myself if it is a story that I want to tell or [if it is] a message I want to tell through a story,” said Miller. “Once I decide that, it determines the level of faith in the story itself.”

Miller’s success is growing by leaps and bounds. “Collision” has gone on to be developed into an independent film, with screenwriter Tracey Ann-Marie Nelson and director Paul Morrell on board. The story focuses on a Hollywood actor who falls in love with the daughter of missionaries who live in Uganda. It’s set against the backdrop of the 25-year war that has gone on in Northern Uganda and their two worlds start to collide.

“Our next step is to find a producer and/or investors. The movie will be filmed for the most part in Asheville, NC, and Gulu, Uganda,” explains Miller.

While her stories for older teenagers are inspired by Christianity, she says that the books themselves are too secular to be popular in the Christian market, and too Christian to be popular in the secular market, which is one of the reasons she chose the route to publication that she did. Most authors query literary agents or try to win contests that promise publication as the prize. And while Miller originally tried the former, no agent took her on. Instead of letting this discourage her, she skipped over the literary agent altogether and went straight for the publishing company.

“One of the things that all agents consider when choosing authors to represent is that they have a platform,” she says, “which is basically an audience that is already built up and ready to purchase your book once it is released. I felt like I was better served releasing the book and using it to build a platform versus trying to build a platform without a product. I also understood that due to its content and the fact that the story didn’t necessarily fit a specific genre, chances of finding an agent and a publisher were small.”

So Miller took it upon herself to approach a small publishing company, Tate Publishing. She explains that small publishers tend to be more open to new authors and more willing to take chances. The downside, though, is that there is little to no visibility. There were no advertising campaigns for her books. In order to make up for this deficit, she’s had to be an avid self-promoter.

It worked. Last year, an agent queried her, wanting to represent her. But she eventually turned them down because, “They wanted me to severely sanitize my stories to better fit the guidelines suggested by Christian publishers,” she said. However, she says it was great to have validation that she was, in fact, a writer.

Miller has this advice for new writers: “Believe in yourself and never give up. Research the industry. Know it well so that you will understand your options. Surround yourself with other writers. Nobody else can or will understand your passion or what all is involved in pursuing your dream. And don’t stop writing. As soon as you do, your mind will start flooding with doubt.”

For more information about Miller’s work visit www.stefnemiller.com or www.cabotandkei.wordpress.com. 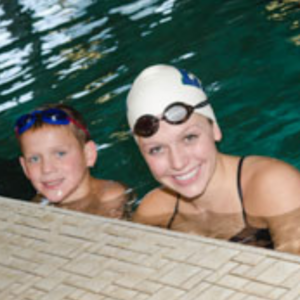 by Cassie Gage
As Michael Phelps, Ryan Lochte, Rebecca Soni and Missy Franklin wowed the crowd at the Olympic Games in London this past summer, there was a group of youth watching intently.
Read More  > 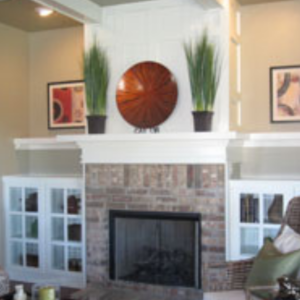 by Dena A. Edwards
Sprinkled amongst the predominantly Old-World-style new homes throughout Edmond are a handful of homes that appear a little different. They have an aura of...
Read More  >