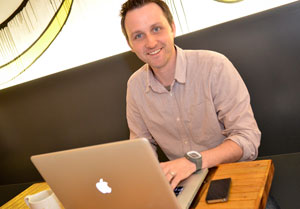 Sports can be a hot topic, especially in Oklahoma. And perhaps equally as popular a topic is that of social media. Where the two collide, there is much debate. The issue of student-athletes using social media and the response from universities to monitor their online activities is a touchy subject for many.

An Edmond entrepreneur is attempting to bridge the gap and calm the waters using a system rooted in education and offering a different approach to media monitoring for school athletic programs. Kevin DeShazo launched Fieldhouse Media last July to offer education services to student-athletes as a guide to using social media in a way that upholds a positive image. He says since most athletes will go on to careers outside of sports, the services also prep students to make networking sites such as Facebook and Twitter work for them in the job market.

“Most of these student-athletes, the message they’ve been given about social media is how to not screw up… ‘don’t post this, don’t make us look stupid, don’t get in trouble,’ and nobody really learns that way,” said DeShazo. He explains that this is why he initially launched the company — to help an athlete’s online presence yield opportunities instead of opposition. “My view is social media is a good thing; it’s a great thing if you understand how to use it well and it’s not going away, so ignoring it or banning it is really not an effective thing to do. If we can show [student-athletes] how to use it well, then everybody wins.”

This is a view that comes at a time when the controversy over a school’s monitoring of their athletes is at an all-time high. In April, U.S. Rep. Eliot Engel introduced a bill that, if passed, would prohibit schools and employers from requiring password information to access an employee, potential employee, or student’s social networking accounts, according to Engel’s website.

Practices such as these were why DeShazo was reluctant to offer monitoring services but explains that he saw a need for it to be done in an appropriate way. “Monitoring, in my view and a lot of lawmakers’ views now that it’s coming to light, is done in an extremely invasive way,” he says, citing the focus on college athletes in particular and the schools requiring student-athletes’ passwords or for them to add applications to their online accounts that will give school officials or a third-party company access to password-protected information and activity.

DeShazo does acknowledge a need for schools to protect their reputations and hold their students accountable. This, he says, the athletes acknowledge as well. “Most student-athletes understand why the need for monitoring exists. They understand you’re not just a student but you’re in large part an ambassador for that program and that school, so they understand the protection that needs to be in place but they just don’t want to have their rights taken away or infringed upon.”

For a lot of schools, DeShazo explains, infringement was not the intention. “I don’t think most schools were doing that maliciously. I don’t think they were trying to be invasive. I just think to them they’re thinking, ‘well, we’ve got a brand to protect, this makes sense’. I don’t think it registered that it was an invasive practice.”

In response, DeShazo launched FieldTrack in February. It is a technology offered to schools to monitor only athletes’ publically available content with a list of approximately 500 keywords, ranging from violent to drug related, that will alert compliance officers when the words appear in an athlete’s online posts.

DeShazo says feedback from the schools has been positive and he says they are currently in negotiations to start a partnership with 10 schools across the country. The feedback from athletes has also been positive, he says. The company introduces the education side of the services when they approach the athletes with the monitoring system and emphasizes that it all comes down to trust. “You’ve got to have a level of trust with these players. They’re adults; we call them kids but college kids are adults,” he said.

The program conveys the risks of an improper tweet to the students. DeShazo tells them to identify two identity words in their values to adhere to when posting, words such as faith or integrity, to be conscious of what they post and ask themselves if it elevates those key words or hinders them. He says he wants students to be themselves but be responsible online. “Online, be an adult,” he says and adds, “have a sense of humor, have a personality, be who you are, but know who you represent.”

He then explains the benefits of social media within his presentation to the students and hopes the message expands.

And this may be an idea worthy of going viral. For more information, go to fieldhousemedia.net. 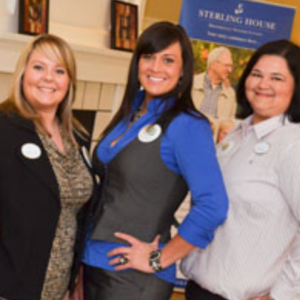 by Melanie Clemens
Life is a series of events, experiences and relationships that make each person’s journey unique. While the golden years may bring new and different challenges, the associates at Brookdale Senior Living believe that events, experiences and relationships are a significant part of the journey at any age. Jacki Winn, sales and marketing manager for Sterling...
Read More  >