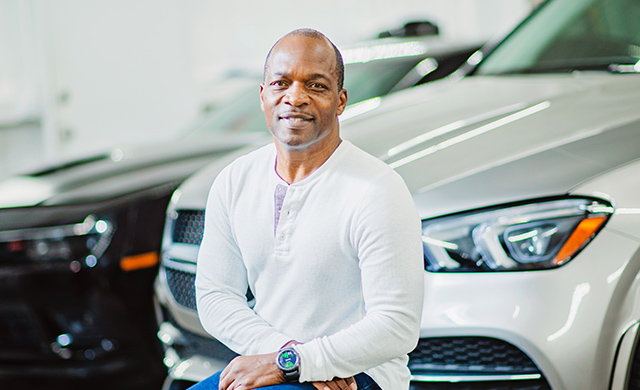 Frost Auto Accessories & Design was awarded the title of the Edmond Chamber of Commerce 2019 Small Business of the Year. Wayne Frost, owner and founder, doesn’t take the win lightly. He attributes the win to the support of his family, friends and customers. Wayne took time to reflect on the early days and the simple, yet meaningful, motivation that led him to start his business. Though not without challenges, small businesses allow owners to build their brand on a foundation of their own values.

Wayne Frost came to Edmond in 1977 to attend the University of Central Oklahoma. He began working at a local car dealer cleaning cars. His positivity and strong work ethic led to promotions, landing him a position as a car salesman. Wayne says, “I was told that I was the first African American car salesman in Edmond.” As time went on, Wayne saw the value that extra flair brought to vehicles. When Wayne and his wife Amy found out they were expecting their first child, an opportunity arose to purchase equipment to whitewall tires. Wayne loved his job but wanted to be home in the evenings, a present father to his children. The opportunity to own his own auto accessories and design business was an answer to his prayer.

Wayne recalls the first few years balancing a new business and new babies being hard financially. He asserts, “They were worth it.” He traveled and completed jobs on site, though never far enough to miss dinner, playtime, bath and bedtime routines. As his daughter, Devin, and son, Taylor, grew older, he was there for track meets and football games. With a flexible schedule that he controlled, he was able to contribute by coaching at his children’s school.

The auto industry changes frequently. Wayne has had to adapt and adjust. In 2017, he moved from his first brick and mortar into his current location off Memorial, just east of the car dealerships. He has a small but hard-working team of two working alongside him. A larger space was needed to keep up with demand, offering window tinting, graphics, paint protection film, window art and banners. In the beginning, his primary customers were car dealers. It is now split evenly between individuals and dealers. A majority of his business is made up of repeat customers. This speaks volumes about the quality of work and kindness that comes out of Frost Auto Accessories and Design. Although the industry has changed, Wayne has not wavered when it comes to his values and work ethic.

On occasion, Wayne prefers to hit the road on two wheels, no engine. Wayne can be seen cycling to and from work on warmer days. He rides as much as he can, and enjoys it when his wife, Amy, joins him. The couple is training for a hike of the Grand Canyon. They’ve made the trails beyond the Lake Arcadia dam their training grounds. 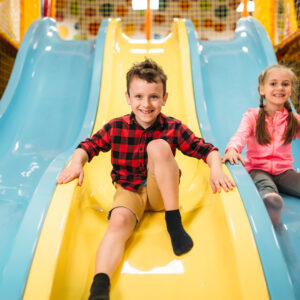 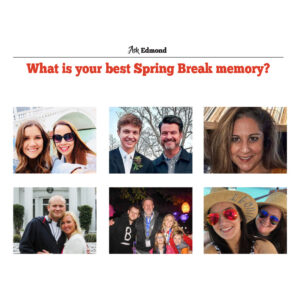