Power to the People

What if there was a place where you could
make your voice heard? Imagine the power of your words reaching an audience and
as one conversation leads to another, the change you want to see transforms
from idea to reality.

That’s exactly the idea behind WhatIdChange.com.
Founder, Justin Briggs was jotting down ideas for his blog page when he realized
the things he was writing about all had one thing in common. “All my blog post
ideas were things I’d change,” said Briggs. “Then I thought, ‘why is my voice
so important that people would listen? Why don’t I create a place where anyone
can talk about anything they would change?’”

Suddenly the wheels started turning. If
people had a website, a platform to discuss problems they’re passionate about, others
who felt the same way would join that conversation and maybe they would affect
the world around them.

All joking aside, both entrepreneurs foresee
real action behind some of these discussions. “I immediately tie this website
with everyone’s passion to see change,” said Smith.

As to their own ideas about things they would
change, Smith offered his thoughts. “I would change people’s perception of
Edmond and north Oklahoma City. A lot of people think Edmond is a stuffy,
snobby place. I see good schools and a great place to live. Then of course, I’d
change potholes and roads but that’s the whole state,” Smith laughed.

The most popular discussions are determined
by users who vote on posts they think are noteworthy and demand attention.
Briggs plans to network with people who propose executable solutions to the
posted problems.

“We’re working to promote ideas that are
actionable like changing things in a community or in politics,” says Briggs. “As
the site grows, we will focus on showcasing those ideas that are really gaining
a lot of traction. We want to empower these ideas in the real world and start
conversations that could affect change in the long run and be groundbreaking
for the person who writes that post,” said Briggs.

While social networking sites, like Facebook
and Twitter have grown in popularity in recent years, Smith says his site
creates a forum with direction. “Compared to other networks or blogs, there’s a
definitive directive behind this. We have an inspirational quote by Ghandi on
our home page. ‘Be the change you want to see in the world.’”

While there’s a fair share of people who
simply “rant” Briggs says that doesn’t bother him. “If someone wants to get on
there and rant, we’re certainly not going to take it down or censor them.
They’re welcome to do that. In the grand scheme of things, when there are four
or five comments under a post, someone might rant, but someone else is going to
offer good ideas to promote change.”

Briggs and Smith invite users to post topics
on anything they like, but encourage them to keep it positive, clean and
something to inspire change. “I love that people are posting things about term
limits for politicians, but funny things too. People even post what they’d
change about themselves,” said Briggs.

“The
laundry list is endless of things we can work on both internally and
externally,” said Briggs. “We’re all trying to change things about ourselves
and make the world around us a better place. That’s why we started this.” 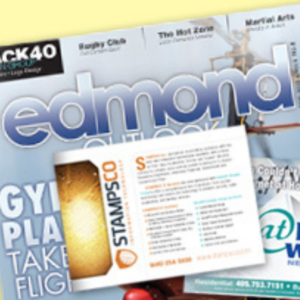 by Stacy Brasher
Finding healthy solutions to some of life’s biggest issues can be challenging. As the owner of Energetic Wellness, Michele Menzel, ND has been studying natural health for 15 years. After suffering through her own health issues, she was drawn to finding natural ways to treat the body. “I got diagnostic tests and didn’t like what...
Read More  >