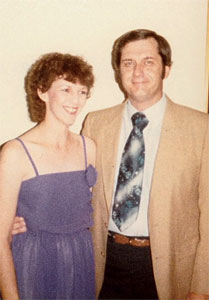 I have always loved high school reunions and have attended nearly every one of mine. Of course, graduating with a class of 18 students in a little country school (and we were a large class), you can see why we have “all-school” reunions rather than by classes. In our rural community, everybody knew everyone so we were like family catching up on old times.

My husband’s reunions were different. He grew up in town and attended a larger school where many students broke into their own little groups, seldom associating with those unlike themselves. I attended college with a few people like that and found it disheartening. Most were focused on becoming popular and did so by attending major social functions. Nothing wrong with that, provided you aren’t putting down others or cutting yourself off from other campus life. Unfortunately, some did both. I couldn’t understand it. I loved college. I loved everything about it, from my studies in foreign languages to basketball games, music concerts and my job. I especially enjoyed meeting new people—all types. That’s where I met my husband, Carl.

So here we were at Carl’s first high school reunion and the social status of one little group had not changed since high school. These young women did not readily accept new people and seemed to wonder why their handsome classmate had chosen a wife outside their group, especially since one happened to be an old girlfriend. Now that created a little fun drama for me. Carl delighted in showing me off to everyone, even these girls, and I was thrilled to be sporting a six-month “baby bump.” Nothing like a wedding ring and a baby on the way to show off just a little to your husband’s old girlfriends. Not sure why we women like doing that but I confess to being proud. And in truth, these socialites were a small part of the class and I had a great time with Carl’s friends.

The next time we met was at Carl’s 20-year reunion. By then I had been married for 18 years, given birth to three children and certainly had no reason to feel another social challenge. But something about the fine print of the invitation to a dance, which stated “dress-up or church clothes,” let me know that I still had a little feisty fun left in me. And even though Carl chose “church wear,” I chose a party dress. I splurged on a short, purple, spaghetti-strap crepe that fit me just right. Carl thought I was gorgeous and I felt like a princess as we danced and enjoyed the company of his friends. Again, that small “exclusive” group clustered together at one table, seldom interacting with others. They didn’t have a clue what they were missing.

I learned a little secret that night. There will always be people who choose not to befriend you for some reason, but just like at that dance, there are many more who truly want to get to know you. I didn’t care about being belle of the ball at that reunion. What thrilled me most was dancing in Carl’s arms and seeing the same smile I saw when we were dating and that same passionate look in his eyes. And yes, I still believe my husband was the best looking guy in the ballroom that night, but even better was knowing that from our very first date, our hearts always belonged to each other. You can relax in that kind of love. It’s the kind that lasts for 45 years—and forever!