Your version of extreme might look pretty normal to Shana
Witt. She’s been surrounded by exotic animals since she was a little girl.
While most mothers were trying to keep the wild things out of their homes,
Shana’s mom was busy inviting them in! 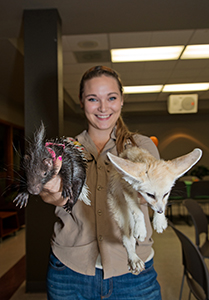 “She kept taking in rescued animals,” says
Shana. “One day, a friend asked her if she could bring some of her animals to
their child’s birthday party.” After agreeing to the first party, Shana’s mom,
Melissa Meadows, continued to get more requests from friends and, before she
knew it, Extreme Animals was born. Twenty years and 100 animals later, Shana
and her mom are continuing to rescue animals and have also created a way to
educate the public on their extreme family members. “We do everything from
small birthday parties to schools and huge corporate events,” says Shana.
Extreme Animals isn’t your typical business. In fact, Shana and Melissa never
set out to start a business. Their primary objective was to provide a humane
sanctuary for rescued and donated animals to live. Today they have a 10-acre
exotic farm where the animals can fully lead healthy and productive lives.

With so many different animals
living on the farm, a typical day at Extreme Animals is full of laughs and a
little chaos. Minus the fur and extra set of legs, these animals aren’t very
different from the average American family. They spend all day fighting over
the important things in life—attention and food. “We have a bird that is my
mom’s baby,” says Shana. “Since I’m my mom’s daughter, she views me as
competition!” These two add an entirely new level to sibling rivalry. The
umbrella cockatoo is constantly laughing and chasing Shana around the farm
hoping to win the attention and affection of her mom. When Shana isn’t busy
running from her bird/sister hybrid, she’s trying to keep the other animals out
of her snack drawer. The ring-tailed lemurs love sweets and carbohydrates, and
are constantly on the hunt for food.
“They go right where the snack cabinet is and they’ll stuff their faces
with marshmallows, chips and anything else that they can find.” Shana makes
sure to keep an extra eye on the lemurs at birthday parties. They’ve been known
to ruin a cake or two. “At birthday parties, they’ll jump right into the cakes
if you let them,” says Shana. 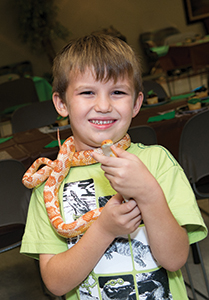 It’s not just fun and games on
the farm. Shana takes time to educate kids and adults about the animals that
reside at her home. No matter what event she’s attending, Shana says that one
animal continues to take the spotlight all because of a popular song and movie.
“The lemur because they relate it to the movie Madagascar,” says Shana. “People
always say ‘Ooh, that’s the animalthat likes to move it, move it.’” Kids and
adults also fall for the baby kangaroo and the 10-foot albino python is always
a crowd shocker.

The last two decades have been
pretty busy for this family. Shana doesn’t see herself or her mom slowing down
anytime soon. Their door is always open for displaced animals and she’s excited
about the latest additions to the farm. “We just got two baby girl porcupines.”

Shana plans to keep sharing a
piece of her life with anyone hoping to learn more about the animals that she
calls family. Her website helps people schedule a zoo for their parties or
events. “It’s an awesome and wild time. We try to make the experience
unforgettable!” 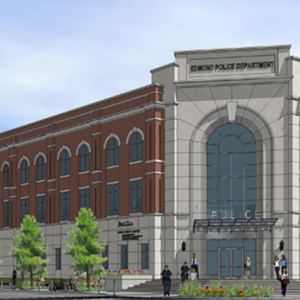 by Paul Fairchild
Edmond is in the process of building a new, high-tech Public Safety Center in Downtown Edmond.
Read More  > 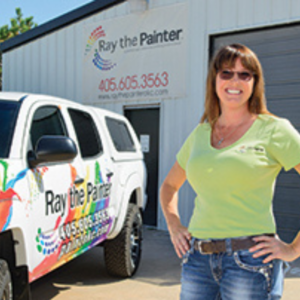