Dale Ingram began collecting Oklahoma-related sheet music because of his personal interest in history. He found that the music and lyrics are literally a time capsule of Oklahoma’s history.

“The earliest pieces I have date back to the Land Run, when people were settling into the territory and forming a new state. The music is about the hopes and dreams of people who are romanticizing about building a new life,” Ingram said.

Ingram has amassed sheet music representing nearly every year, from 1894 to the present. The culture, hardships, religion and racial beliefs of each generation shine through. The music represents farmers, oil fields, universities, cowboy movies, the blues, the 101 Ranch, the formation of Tinker Air Force Base…and the list goes on.

Ingram began collecting Oklahoma memorabilia, including old comic books and movie posters, back before the internet existed. Now, he enjoys the thrill of finding something new online, bidding for it, and anticipating its arrival in the mail.

He certainly has some favorite pieces. The highlight of his 170-piece sheet music collection includes five pieces written about the gangster, Pretty Boy Floyd, who was raised on an Oklahoma farm and then worked in the oil fields of Pottawatomie County where Ingram was raised.

Ingram is also intrigued by early songs that claim to be Oklahoma’s official state song, before the Rogers and Hammerstein version of “Oklahoma.” And his most recent purchase was sheet music from the 1930s art deco period, which was performed by a band at the Skirvin Hotel and heard live on WKY Radio.

Now, he’s making a significant portion of his music available to researchers, sharing his collection with various museums, the Oklahoma History Center, the Metropolitan Library System, and the Woody Guthrie Center. In his experience, every song has a mystery to reveal–and not just to him.

“Every piece of pop culture has a story behind it,” Ingram said. “To be lived, it has to be shared. Oklahoma, more than any state, has been defined by pop culture, from The Grapes of Wrath, to Will Rogers, to folk and country music.”

“The last thing I want to do is let this collection sit here and get old in my basement,” Ingram said. “If someone can study it and fill in the history of what people are writing and singing about—it opens windows into our history and reflects who we are as Oklahomans.”

The Campbell – A New Design for a New Year

by Dr. J. David Chapman
The Campbell – A New Design for a New Year   Urban planners strive to create “people-oriented cities.” This is a relatively new term describing the effort to make cities more sustainable and livable by employing different urban design techniques and trends that re-orient cities around people rather than cars. A popular design in...
Read More  > 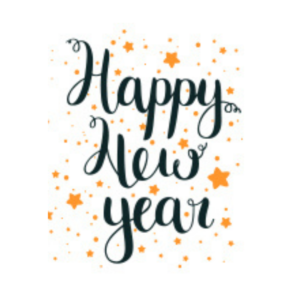 by Louise Tucker Jones
This month marks the 10th anniversary of the first column I ever wrote for Edmond Outlook. Back in the day, I wrote feature stories and even did some editing for Edmond Outlook. I was shocked when the publisher, Dave, asked if I would like to write a column. I was accustomed to going onsite and...
Read More  >