January 2018, In Other Words with Dave

Last month my girlfriend, Alison, and I both got couches on the same day. But our paths to “rest and relaxation” were very different.

She’s a smart shopper and spent multiple evenings and weekends stalking the clearance rooms at Bob Mills and Mathis Brothers for a stylish bargain. She was patient, but once she found the set that would work – she pounced. Decision made. Action taken. In fact, she had to wrestle the set away from another bargain buyer. As she tells it, there was a Church Lady wanting the set for her parish and Alison pulled her “single mom with two girls in college” card and won the toss up.

Me? I pored over websites and a few select catalogs and finally ordered a couch from a fancy “designy” shop in downtown OKC. I had my eye on this particular design for months and when the manufacturer had a 20% sale – I bought. And then waited and waited and waited…3 months later I had a new couch.

The differences don’t end there. As I mentioned, both couches arrived the same day. I met Alison at Mathis Brothers and hauled her well-stalked bargain set back to her place on my trailer – saving her an additional delivery fee. And my couch arrived by truck to my house. 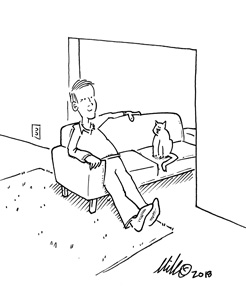 Once we muscled Alison’s new couch set into her living room, she knew right where it needed to go because she had drawn precise diagrams on graph paper – and she had color coordinated pillows ready to place. Within minutes her living room was complete.

Weeks later as I type out this column on my new couch, I’m half in my living room; half in my den and somewhat facing my big screen TV. Because the couch hasn’t moved an inch from where the delivery guys placed it. Ah, works for me. At least I’ll have help finding matching pillows. 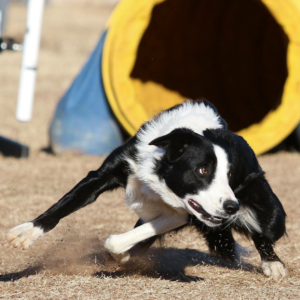 by Morgan Day
Training dogs and their owners
Read More  >