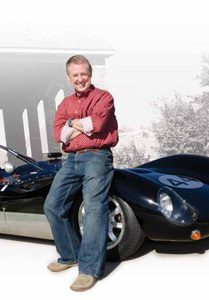 For as long as more than one automobile has existed, men have wanted to race them. “It’s part of the competition of man against man,” explains Jeff Norris, who knows a thing or two about racing.

He owns eight race cars, including the world’s only “Asterisk Lola.” He uses the word asterisk because it’s a faithfully constructed, vintage automobile made mostly of original parts, but it’s his own creation. Only 33 Lola Mark 1s were produced and, in the mid-1980s, he came into possession of a 4×2-foot piece of bent-up chassis of what is believed to be BR-17, one of three wrecked Lolas that vanished into myth. It was found behind a pub in England and he had it shipped to Oklahoma.

His other cars include MGs, an Austin Healey, a Lotus, a Crossley Formula Ford, and a sports racer with a motorcycle motor. Although he races both new and vintage cars, he prefers vintage because of the historical value. “There is nothing compared to the true vintage racers,” Norris says, explaining that vintage cars are industrial art instead of just vehicles for personal gratification. “The car is the focus and not the driver.”

“Everything comes from racing,” he says, explaining that automobile efficiencies enjoyed today were invented as a means to shave seconds off the clock. Electronic fuel injection was developed to let drivers stay on the track longer between pit stops. Front and rear suspension, seven-speed automatic transmission and hybrid engines all came from racing. Some of these things are a lot older than most people realize. Electric cars have existed since 1910 and natural-gas-powered cars have been around since the 1910s. “It wasn’t perfected. It didn’t get great demand in the marketplace, but the market changes every day and sometimes things make full circle,” Norris says.

Norris grew up in the ‘60s, and his father took him to every road race in this part of the country. “He always owned sports cars,” Norris remembers. “He never raced, but we never missed a race.” In that era, the Jaguar, the Lotus, the MGs, the Triumphs—the true sports cars—were British-made, so that’s what Norris started collecting and racing. “I’ve had the bug—to a fault—ever since,” he admits.

Most guys compete to get money, girls, or both. But Norris says he isn’t in it for the money and he already has his beautiful wife, Lizzette—so he does it for competition’s sake. His wife is a big supporter of his racing and she goes to most of the events with him. Norris says many racers bring their wives, and a lot of racers are women. There’s no gender bias. “If you get beat by a girl, you just get beat by another driver,” he says. “They’re just as talented and there’s no differentiation.”

When Norris was in his late 20s, he found an old Polaroid of himself as a 4-year-old, sitting in a 1958 Lola Mark 1 at a road race in St. Louis. By that time, he already owned dozens of sports cars, but the photo inspired him to start a quest for that elusive, limited-edition race car. The first breakthrough was the chunk of chassis imported from England. It was just a bunch of tubes pointing in different directions. “To most people, it would have been stuff you would have thrown out in the trash,” he says. But, for Norris, it was a start.

The next breakthrough came seven years ago, when Norris found a man who had a mold of his own Lola so he could repair it after frequent crashes. Norris found another man who built a jig for the chassis and they used the mold to build a fiberglass body. Lo and behold, the body fit perfectly into the jig, adding weight to the claim that the beat-up chassis truly was from an old Lola. For the next three years, Norris and his friends, Mike and Ronda Glass, worked on that car. Mike and Ronda completed all 2,700 rivets in the chassis by hand. “Racing is not a one-man band,” Norris explains. “Yes, you’re out on the track by yourself, but it takes a whole community to build these things and race them.”

Norris’ Asterisk Lola started to get famous—or infamous. It was picked up by various vintage racing magazines, and the new Lola took a beating on car-enthusiast message boards. Purists had a hard time believing the scrap he’d shipped from England was indeed part of one of the missing Lolas. They were sure they’d all been destroyed. Although he can’t prove it, Norris believes his car is part of the original model, from before the body adjustments that were made over the first three years of production.

As the debate heated up, Norris started getting invitations to bring the car to the Concours d’Elegence in Houston, Hilton Head in South Carolina, Rolex at Lime Rock in Connecticut, and Rolex at Watkins Glen in New York. His first time racing the Lola was at Lime Rock in 2010, and he took first in his class. It was also voted “Pick of the Litter.” “It was a huge, huge honor,” Norris remembers. “I was overwhelmed.”

The following weekend was Watkins Glen, and an artist asked to paint a portrait of the car. The artist sold 900 lithographs of the portrait that weekend, and said it was the fastest selling lithograph he had ever done.

These days, he races the Asterisk Lola all over the country. As for its authenticity, that’s not easy to qualify. “I don’t push it. It is what it is,” he says. Even if he can someday verify the chassis is from BR-17, the rest of it is not. It’s pieced together from spare parts and duplicates. He says it will always be known as an “asterisk car.” However, his Lola does have something none of the 33 factory-manufactured ones ever had: his is street legal.

“I probably have 27 years of accumulating all the parts needed to put this car together,” he says. “I could not be any prouder.” Piecing together a Lola engine from spare parts took two years alone, but he finally tracked down an original motor and installed it in October. “Many times, when you find the right part, you don’t have an opportunity to negotiate,” he warns.

Norris has seven other cars he could be driving, but as to why he drives the Lola, he says, “It’s the adrenaline rush.” 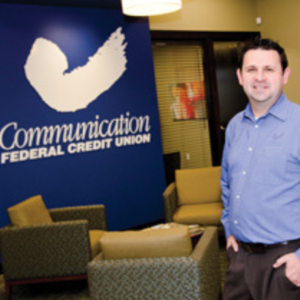 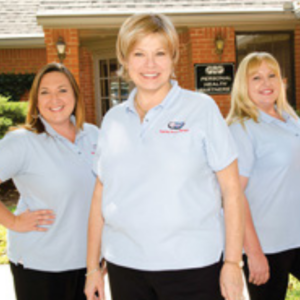