Readying herself to show off one of her favorite yoga poses, 7-year-old Zeyda Bates flattens herself on the ground as if she’s preparing for a pushup. Then, she eases her torso up and out, extending her upper body to resemble a snake about to strike. 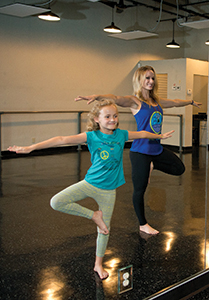 The spry little blonde has mastered this one: the charging cobra. But, it’s not complete until she lets out a playful, throaty hiss. Zeyda’s instructor Kelly Cramer explains the sound with a smile: “It is kids’ yoga.”

The kids had just wrapped up their 30-minute yoga class at Balance. Yoga. Barre. in Edmond but stuck around afterward to show off some of their favorite moves. Zeyda and her classmates—Zack Logeman, 7, and Payton and Claire Cramer, 8 and 7, respectively—tell about what yoga means to them.

The reasons why the four enjoy the class aren’t what you’d expect from kids. Payton finds “peace and quiet” after spending his day surrounded by other kids at school. Claire enjoys the breathing techniques that help her relax. And for Zack, it helps him channel his energy and calm his body.

The breathing exercises, Cramer said, are probably the most useful skill a young person could learn in yoga. “They learn tools that they can take with them when they get in stressful situations or they get frustrated,” she said. “I probably tell them 12 times a day ‘just breathe,’ when they’re ready to react to something or they’re going to get in trouble.”

Yoga also gives children a chance to exercise their imaginations.

In a kids’ yoga class you’ll likely hear words and phrases that deviate from Sanskrit, the religious and classical literary language of India that’s typically used in adult yoga classes. Instead of using the Sanskrit names like Matsyasana, Tadasana and Vrschikasana, kids instead hear words like fish, mountain or scorpion. It’s much easier—and more fun—for them to imagine themselves transforming into animals and objects they’re familiar with, said Ashly Bates, Zeyda’s mother and owner of Balance. Yoga. Barre.

“There are so many fun terms that are relatable for children, and they’re excited for that,” Bates said. “They can say, ‘Oh! I know how to look like a puppy. It allows them to take themselves to imaginary places,  safe places where they can create on their own.”

For Zeyda and her mother, yoga has transcended exercise. When looking at the physical, mental and spiritual side of yoga, the two find a great appreciation for the spiritual. Bates said she always encourages her classes to connect with something greater than themselves.

“It can be anything for anybody,” Bates said. “The most important part is connecting to a divine source, a higher power. For us, that’s God.”

At age 7, that’s not lost on Zeyda. “It feels like peace and quiet and like God is all around you holding your hand,” she explained about why she enjoys her yoga class. Sharing the same passion for yoga has also strengthened their mother-daughter bond.

“I get so inspired by her, to see her practice and grow, to see the spiritual side of her that grows through that,” she said. “She also looks up to me for being a leader and a spiritual guide for others. It’s just so powerful to see I’m impacting others, and my daughter as well, in a positive way.”

Kids’ yoga has certainly caught on in the Edmond and Oklahoma City area, with classes offered not only at Balance. Yoga. Barre’s Edmond location, but also at This Land Yoga and even through Oklahoma City’s own traveling Kidz Yoga Fairy, Darci Parker.

Parker, mother of four, touts the benefits of yoga for kids ages six weeks through teens as she instructs at schools, libraries and studios.

“Children thrive in an atmosphere that is positive, loving and designed to let them be themselves,” she said. “My mission as the Yoga Fairy is to tap into each child’s imagination and help them realize their own unique potential, on and off the mat.”

Parker has seen children blossom and transform from unsure to self-confident with the help of yoga. Her classes often incorporate team-building and confidence-building exercises. The stretching, lifting, breathing and balancing is just plain good exercise.

“The yoga poses we practice help lengthen the children’s muscles, keeping them long and flexible,” Parker said. “This is especially helpful for preventing injuries in children wanting to participate in sports.”

Want to give kids’ yoga a try? Check out balanceyogabarre.com or kidzyogafairy.com to learn more. 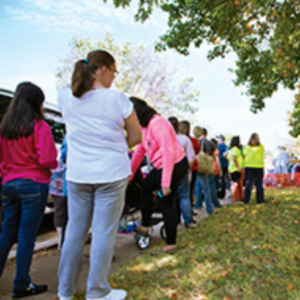 Down On Your Luck in Oklahoma 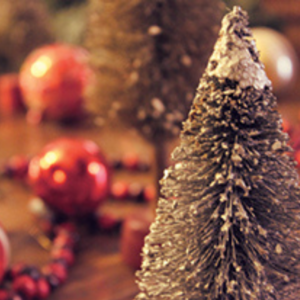