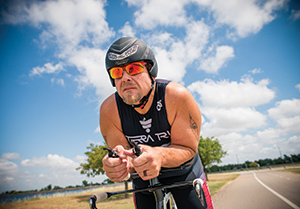 Mat Jones looks out over the water of Arcadia Lake and dries off from the hour-long swim practice he just finished in 95-degree heat. Like other athletes on Team Terra Tri, he is eager to find some shade after tossing around in waves and a 25-mph wind. Jones encourages everyone around him in one way or another—a knowing nod here, an enthused high-five there. He’s about to start his third workout of the  day, this time focusing on swim technique. Despite the searing heat, persistent wind and the mile of swimming behind him, he looks like he wants do it all over again.

He’s come a long way since December 2007. Then, Jones was physically and mentally broken. Weighing more than 500 pounds, he tired from short walks and was winded by a few stairs or a brief walk uphill. Particularly worrisome was the fact that four of his immediate family members died due to various cardiovascular ailments—he was on his way to a premature and preventable death. “We were all morbidly obese. I had my own close call, going to the ER once with terrible chest pains. A doctor I knew urged me to do something about my health.”

Progress came excruciatingly slow at first, as Jones tried to reconcile his new calorie-restrictive diet with his calorie-intense cardio workouts. “I’d lose 100 pounds and then gain 120 right back. Nothing seemed to sustain my weight loss.”

Frustrated, embarrassed, and concerned for his life, he scheduled a gastric sleeve operation for March 2008 and resolved to completely overhaul his lifestyle. Jones rediscovered a love for hiking, particularly for long distances at mind-boggling elevations. Prone to extremes, he found himself traveling the world and summiting some of the most treacherous terrain on Earth–traveling to Katmandu, Nepal and then to the base camp of Mount Everest.

Jones realized that his newfound passion for endurance sports might be his way out of his sedentary lifestyle. “My kids were still young and I realized they were going to grow up without a father if I didn’t do something,” he recalls. “I started doing mixed martial arts to lose weight, but I was breaking bones every six weeks. I had to find something a little easier on my body.” Jones didn’t yet know it, but he was about to sign up for a race that would alter the trajectory of his life.

“I had a bike and I started riding at Lake Hefner on 40 to 50 mile rides pretty regularly. I signed up for a splash-and-dash in June 2012 without any practical swim experience. I emailed the race director—Steve “Buzz” Bussjaeger, a local triathlon legend—and he told me to come find him at the race and promised to look after me in the water.

“I started the swim way too fast and had to take a break at the turnaround. I came back in and finished the run, and immediately signed up for a sprint triathlon later that week.” Jones recalls the hospitality of other racers more than anything. “Everyone was just so incredibly nice. I was swarmed by people as soon as I crossed the finish line, and that was enough. I was hooked.” 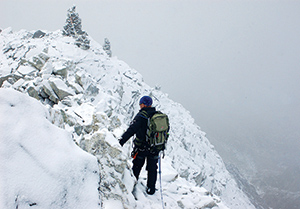 He’s made tremendous progress in his quest to better himself, but he thinks he’s capable of even more. In June alone, Jones completed back-to-back Olympic distance triathlons—one in El Reno and one in Lawrence, KS—and completed the Boulder Ironman 70.3 triathlon a week later. He trains anywhere from three to six hours per workout during racing season. As if that wouldn’t be exhausting enough, he’s on the Board of Directors for the Triathlon Club of Oklahoma City and regularly volunteers at races before or after he competes in them. He is one of the key organizers for this year’s Redman Triathlon in Oklahoma City, which will host the International Triathlon Union World Championship at Lake Hefner.

Jones’ passion for triathlons is fueled by his numerous charitable and volunteer efforts. Jones works for JourneyChurch.tv and runs the LoveWorks Leadership initiative, an after-school program for at-risk youth in the Norman school district. “We serve about 400 kids per week and have a culinary studio, a media center, computer and art labs and a fashion studio. Each kid focuses on one skill per semester which helps them develop life skills. We can serve about 100 kids each day. My main goals are to fundraise and be a positive role model for them.”

He sees triathlon as an extension of being a role model, since it requires discipline, patience, and hard work. “I want to show these kids that they are capable of so much if they will put 100% into it.”

He also raises money for the nonprofit Zero: the End of Prostate Cancer. “My wife lost her first husband to prostate cancer. I got involved with Zero to be an example for her two boys. I’ll never replace their dad, but I want them to know that I care about them.”

If that wasn’t enough, Jones also coaches the Terra Tri youth triathlon team. Most of the youth team members are from Santa Fe South High School in OKC, which is one of the most impoverished schools in the state. “We take these kids that have little direction or opportunity and let them thrive. We use grant funding to purchase race equipment for the kids. All they need is a pair of running shoes—we take care of the rest.”

Jones sees himself as an encouragement to others, which also means he can’t take the shortcuts that are so tempting during months of triathlon training. “I never want to be a hypocrite. I’m not going to preach what I don’t practice. People are watching all the time, so I have to back up my message with my actions. I want to be the guy that motivates people to improve their own lives.” Jones’ enthusiasm for multi-sport is infectious. So infectious, in fact, that his wife has picked up the sport. “Mikel decided that if she ever wanted to see me, she’d have to get started! She traveled with me to Boulder and got the bug. Her first triathlon will be the Tie-Dye Tri in Norman at the end of August.”

Jones understands how intimidating a triathlon can be, and is well aware the sport has a reputation for hyper-competitive athletes. He urges anyone wanting to bust themselves out of a rut to just start moving, even if in small increments. He’s a testament to the difficulty many face when trying to lose weight, even after undergoing a surgical procedure.

“The triathlon community in Oklahoma City is like family,” Jones explains. “You’ll see all types of people at the finish line. Plus, there’s no better training than competition. That’s why I race every time I can. It’s just too much fun to resist.”

Learn more about Mat at www.matsquest.com. 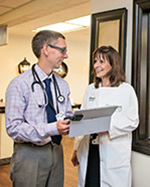 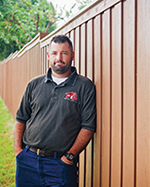