The Sound of Heartland America

Such non-glamourous sounds, and yet symbolic of the early lives of three local musicians: Kyle Dillingham, Peter Markes and Brent Saulsbury. Separately, they are significant musicians, but together, they form a band known as Kyle Dillingham and Horseshoe Road. They perform a blend of music that includes jazz, country, swing, gospel, rock and bluegrass, which they call Heartland Americana. Like all musicians, they fell into music in different ways, but it always began with sound.

The wheels of a skateboard traveling over concrete was a consistent sound in Kyle’s early life. He was determined to become a professional skateboarder. Kyle skated for six hours a day, not realizing that the long hours on the skateboard, plus his farm raising, would prepare him for the rigors of daily 12-hour violin practices in college. Now, he’s a highly-energetic performer and a Grand Ole Opry sensation who delighted audiences by skateboarding onto the stage while playing his violin.

Peter began string lessons at age four, with violin and guitar remaining his instruments of choice. When Peter eventually became the orchestra director at Edmond North High School for 15 years, his day was regulated by the ringing of a class bell, the chatter of teenagers and the sound of orchestra chairs scuffing across the stage. His skill at teaching students earned the notice of the school district, and in 2014, Peter was named Oklahoma Teacher of the Year.

Brent plays multiple musical instruments, but he’s an 80s rock-and-roller at heart. In elementary, he was banging out piano tunes in the wild style of Jerry Lee Lewis and taught himself jazz saxophone. High school, however, was when Brent succumbed to the irresistible wail and reverb of the electric guitar. Instead of strumming, he thumped at the strings like a bass. Now, he’s most often seen playing the upright bass.

Kyle, Peter and Brent maintain separate careers in music. Brent gives music lessons at Norman Music Institute and plays with the rock trio, Trifecta. Peter is now the Director of Music Education at Oklahoma City University but is also a songwriter, contest judge, and guest teacher. Kyle is Oklahoma’s Musical Ambassador, a solo performer, and composer of a wide array of music. In March, Kyle’s fiddle tune, Freedom Bells, was selected as a finalist in the International Songwriting Competition!

Together, they have a robust agenda of Horseshoe Road performances, which has taken them around the U.S. and to 41 different countries. They are known as America’s Musical Ambassadors, which is also the title of an upcoming exhibit about them at the Edmond History Museum, opening on April 30th. In addition to their first musical instruments, tour items, and early recordings, Kyle, Peter, and Brent have loaned their elaborate performance clothing, designed by Manuel Cuevas, the man who put Johnny Cash in black.

As performers, these men can woo audiences with harmony and then thrill them with fast-fiddlin’ showmanship. Their careers continue to grow, reaching international audiences and earning the acclaim of artists such as Toby Keith, Roy Clark, Vince Gill, Lee Greenwood, The Oak Ridge Boys, and The Charlie Daniels Band.

Like all musicians, their vast musical repertoire is a result of practice and discipline. Those first sounds, the Clackity, Clackity… Strum, Strum… Thump, Thump… were foundational, but now, if energy had a sound, it would define their music.

To learn more, go to kyledillingham.us. 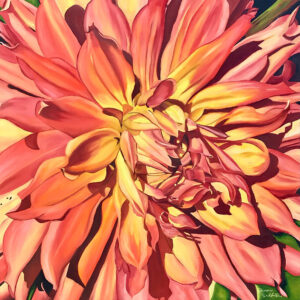 by Edmond Outlook
Friday, April 29 – Sunday, May 1 The Downtown Edmond Arts Festival is a celebration of art and culture in the heart of downtown. Over 140 artists exhibit their works, including booths filled with paintings, sculpture, jewelry, pottery, and more. The artwork can be purchased or admired– there’s no wrong way to enjoy this event....
Read More  > 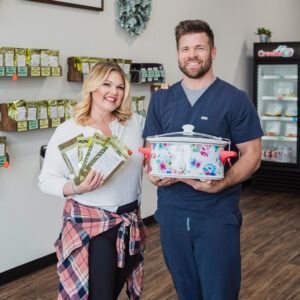 by Laura Beam
If you thought crockpot cooking got left behind in the 70s with your mom’s pot roast, you’ll love discovering all the exciting new talents this one-pot wonder is bringing to today’s food scene! In the mood for fajitas, Italian meatballs, pork chops, or peanut butter fudge cake? Thanks to Crockstar Dinner Club’s genius little ingredient...
Read More  >