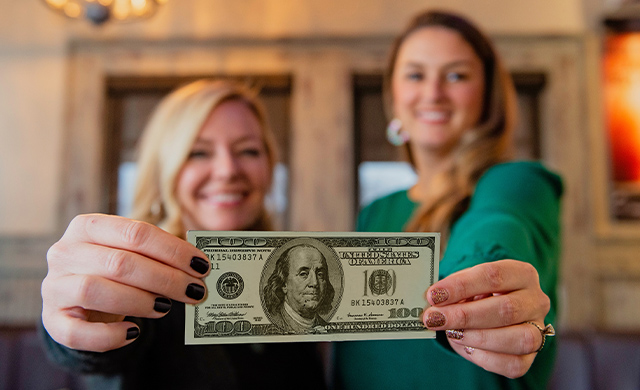 It was during an early-morning walk through their Edmond neighborhood that Callie McKinzie and Nikki Griffin decided to start a Power of 100 group. The concept was simple: 100 people donate $100 each and put the full $10,000 toward a metro-area charity.

“We didn’t invent the idea,” said Callie. “I heard about it from a co-worker who had a chapter in another state. I liked the idea of combining our money to make a big impact for a worthy non-profit. So, we promoted it on social media and begged our friends to jump on the bandwagon.”

When that first Power of 100 group assembled to vote, they selected Faithworks of the Inner City as their first charity of choice. Since then, they’ve supported a variety of organizations, from foster care to pet care, from food pantries to cancer fighters. The non-profits, who have no idea they are about to receive such a generous donation, are always surprised and grateful.

“I remember how powerful it was when the Manna Pantry in Yukon won. One of their volunteers was in attendance. She talked about their mission to provide healthy food to the needy in their community. She was in tears, and it made me cry too,” Callie said.

“When the Care Center won, they didn’t know anything about being nominated,” Nikki said. “We posted it on Facebook and tagged them. They were so taken aback to read that they’d been awarded $10,000, so that was fun.”

The group comes together for one hour, four times a year. Each member who commits to Power of 100 OKC is allowed to nominate an established non-profit of his or her choice. Three names are pulled out of a hopper. The nominator speaks on behalf of the charity, and it’s put to a vote.

“Checks are written to the charity on the spot. It just takes one hour—which is great, because we are busy people who might not have a lot of money or time to volunteer,” Callie said.

“We do eat and socialize when we get together, so it’s a fun way to make new friends and give to a common cause,” Nikki said. “Those who can’t afford the $400 a year commitment are able to form teams, although each $100 receives one vote. Power of 100 is always accepting new members. There are no dues, and the events are free, too.”

“The events are also a great way to get a sneak peek into the various nonprofits in the area,” Callie said. “Once we award a charity, we deliver the checks and take a tour.

Callie and Nikki take great satisfaction in the fact that in less than two years, they’ve helped generate nearly $70,000 for local charities. Now, when they take their morning walks, they are discussing the site of their next event and the impacts yet to be made. “We’ve touched a lot of different types of groups, from babies to seniors,” Callie said. “We have strength in numbers. It’s the Power of 100.” 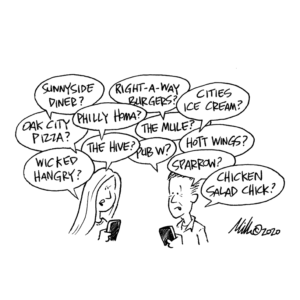 January 2020, In Other Words with Dave 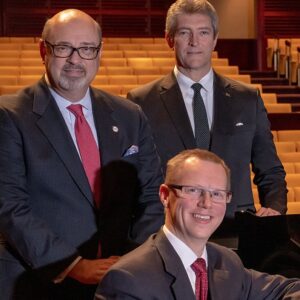