The retro-spiced musical duo, The Likes of Us will release their second album on June 12. While many in the metro area may not be familiar with the band, they should be.

The singer/songwriter duo of Benj Heard and Katrina Stone creates a jazzy, 1940s-inspired pop sound that has its own following. Based out of Los Angeles, The Likes of Us not only creates their own signature sound, but writes music for television, commercials, corporations and more. They have opened their own musical venue in Burbank, CA, and are known for helping to promote other artists who suffer from the “pay-to-play” mentality in California. Their musical style has been likened to such greats as Etta James, Colbie Caillat, Jason Mraz and John Mayer.

While The Likes of Us is making waves and is getting more than a quarter of a million YouTube views and thousands of downloads, the story has strong OKC roots. 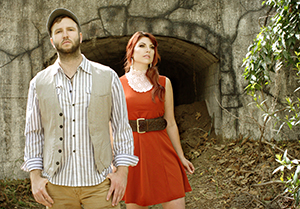 “I actually started my musical career through my dad,” said Benj Heard, an Edmond native. The youngest of six siblings, Benj grew up inheriting that love of a cappella style music. “When my dad and sister were really young, my grandmother taught them barbershop quartet music. She couldn’t read music, but she figured out the arrangement.” Following his grandmother’s guidance, Benj’s father started the Heard kids out young, and by the time Benj was born, each child was learning to sing barbershop style. “We did six-part harmony, and we’d sing every Christmas at places like hospitals and for shut-in seniors all the time we grew up,” said Benj.

Benj’s love for music expanded into production when he started playing at a local church. Yet, he never believed he could make a living from his passionate pastime. Benj attended the University of Oklahoma where he earned an engineering degree and worked as an aerospace engineer at Tinker Air Force Base. However, he continued to do music recording and the obsession wouldn’t go away.

“I had a plan to build a studio, so for a while I lived with my brother Levi and used his front room for my business and decked it out as a recording studio,” Benj said. “Finally, I resigned my job at Tinker in February of 2010, continued to live with Levi and we were a happy little tribe, recording for clients.” Then he visited another brother in Los Angeles—and all his plans changed.

To The Big Time

“Having a musical cooperative in Oklahoma City would have been really cool,” Benj said. “But, when I visited my brother in Los Angeles, I made more contacts in the business in two weeks than I did in two years in Oklahoma. We are making huge strides in the music scene in Oklahoma, but the connections needed to get placement on television are really difficult to get there.”

With the new direction, life for Benj changed in a blink. Packing up his car with only a few belongings and a computer, he drove out to LA with only a dream and the faith that all would fall together. He didn’t expect to make “ROCK STAR” overnight—he knew slow and steady wins the race.

Meanwhile, he kept up an important partnership with a Colorado songbird he had met online and worked with. “We met before Benj moved to LA,” said Katrina Stone, the second half of The Likes of Us. Years before, Benj had contacted Katrina, and the two collaborated on their first tune, “Victoria,” a sweet song for a severely ill friend of a friend. The tune was included on their first album. The two continued their collaboration when Katrina and her husband moved to LA. “I called Benj from a cruise I was on and told him I was moving there and that we should do a duet project,” Katrina said. “We discussed it at length, and we settled on a 1940s jazz pop style. We immediately got started working on a project. It was really just an experiment; at the very least, we would have something our families would like.” 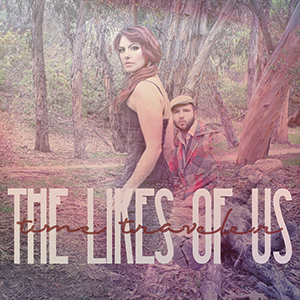 The duo’s self-titled first album was released for free on Noise Trade, and after a few thousand downloads, the album was released on licensing websites. It made waves with its unique blend of jazzy 1940s sound, modern pop, crooning lyrics and acoustics. “We started applying to perform at festivals like the Norman Music Festival, the Oklahoma City Arts Festival and a couple in LA,” Katrina said. “We still keep up with that, and it kind of makes us exclusive to our fans—they catch us when they can at festivals.”

Both Benj and Katrina also continue their careers of songwriting for other artists, television, commercials and film. They have opened their own musical venue in Burbank, where they perform, host other bands and produce videos and music regularly.

On June 12, the duo releases their sophomore album, one that Katrina describes as a more fleshed-out version of the first offering. “Our first album was an experiment where we wanted to see if people would dig our sound, and when we received such a positive reaction to that album, ‘Time Traveler’ became a chance to tell our fans that we are ready to take this to the next level,” said Katrina.

“We have 15 songs on the new album, which we worked on for seven months. It’s more surprising than the first, I think. The title, Time Traveler, is fitting because it takes you back to different eras of music. We have elements of 60s disco, 50s harmony, our signature 40s sound and even some gritty bluegrass.”

A partnership with The Music Bed for licensing has brightened the band’s spotlight. They can now work on commercials for everything from vodka to restaurants and non-profits.

“Every time we release a new album, we take a step forward to creating a full-time musical career,” said Katrina. “With this album, we keep building our team and network, book bigger shows and hopefully, one day, become a household name.” For Benj, the obsession to make music remains. “I’m doing what I always dreamed of doing.”

On June 12, fans everywhere can download “Time Traveler” for free on noisetrade.com or buy it on traditional sites like iTunes.com or Googleplay.com. 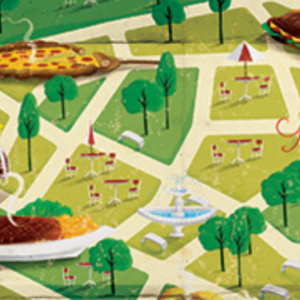 by Laura Beam
Satisfy your appetite for adventure.
Read More  > 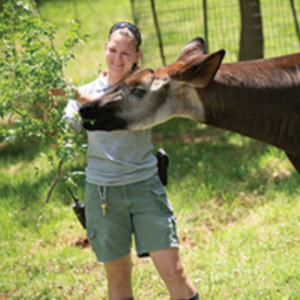