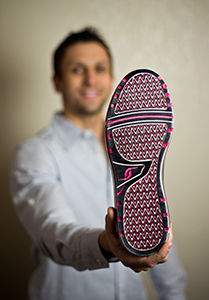 Casey Keller knows about all of these ingredients, lessons learned first-hand while developing his own line of shoes, KcLacs. “Growing up, I was always thinking of inventions.

In high school, I would buy house shoes and insert insoles in them, allowing me to wear them outside and adding to the comfort of the shoes,” recalls Keller. But the ease of a slip-on, comfortable shoe came at a premium. “The bottom of the shoes would always wear out, and the materials were low-end.”

Keller realized that to find the shoe he was looking for, he would have to go beyond his self-created shoe hack. “I would need to create my own product and company,” he says. “What interested me most was creating the most comfortable slip-on shoe possible. I looked at all different types of shoes, features and materials.” Not finding exactly what he needed—and understanding his own limitations—he found examples of the parts that would fit together to create his ideal shoe (such as a memory foam insole and a full air sole), Keller contacted designers through websites and his perfect shoe was drawn up. “I used to carry the first pencil drawings of my shoes around to show people, telling them I was starting a shoe company—I had no website, just an idea and a drawing,” he says. “I always looked past my slim odds of success—I had an idea and I wasn’t going to stop pursuing it. I had no other option.” 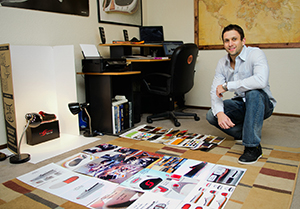 Business books provided inspiration for Keller, most notably John Wiley Spears’ How Small Business Trades Worldwide, which opened his eyes to the world of international trade. Keller realized that combining his love of invention with international business was key for his future. “It offered the freedom to work from anywhere, along with the ability to travel the globe and collaborate with people all over the world,” says Keller.

In 2009, Keller worked with a Vietnamese factory to create a rough prototype. “They were raw, no air sole and very low end, but at the same time, my first samples from a factory overseas,” says Keller. “At that time I was a full-time employee at a mall—probably making $10 an hour—and representing myself as the owner of KcLacs, International Shoe Company. I would always ask, ‘what’s the next step?’ and then pursue it until it was accomplished and I moved on to the next step.”

After four years, Keller found the footwear manufacturer Otabo, and he knew that he had found the right manufacturer for his vision. “By the time I came across them, I had four years worth of drawings, factory specs and experience.” Keller had talked to several other factories previously, but found that Otabo could meet his needs. 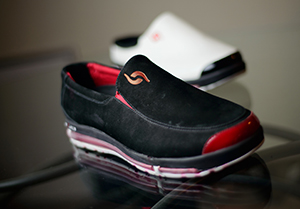 And now, with his final pre-production samples in-hand, there is one final step remaining: Keller has brought on two business partners, Nick Ramirez and Charles Oaktre, to help fund his venture.  “Over the past five years, I’ve worked full-time and graduated in May 2013 from UCO with a bachelors in economics—and I have pursued KcLacs the entire time,” says Keller. “Throughout the process, I did all the work from my kitchen table—learning how to talk to factories, how to collaborate with designers and how to fund the project myself.”

Keller is always looking toward the future, which may be another key to his success. “I would like to be involved in youth sports and gain NCAA licensing for KcLacs to represent collegiate sports teams.” If past history is any indication, there are no doubts that Keller will achieve this goal. 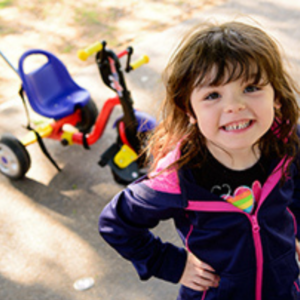 by Amy Dee Stephens
Grandmaster Kim could easily be the main character of a Tae Kwon Do movie. His life story and physical prowess are both astounding.
Read More  >