Sarah Explains It All: Living One-Handed in a Two-Handed World 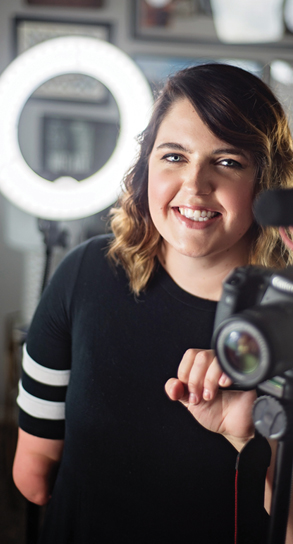 Sarah Explains It All: Living One-Handed in a Two-Handed World

Amazingly, Sarah Johnson can braid her hair with one hand. She can tie her shoes, drive, and type with one hand. Sarah does not see this as amazing. Probably because her parents never allowed her to make excuses. She was born with one hand, and she adapted. Once, someone told her she’d be unable to play softball…so she became a pitcher.

Sarah is out to prove that the right attitude can help people overcome challenges and learning differences. Her YouTube series, named “Sarah Explains it All,” is a tutorial showing people how she accomplishes the “complicated” stuff, especially hair styles, with one hand. She also shares her beliefs about overcoming obstacles.

“We all have something to overcome,” Sarah said. “Accepting our difficulties and choosing a positive attitude makes all the difference. There’s freedom in knowing that everyone has to find ways to adapt in life.”

Her advice on one-handed tasks, such as putting her hair in a ponytail, has been well received by viewers. Parents have appreciated her approach as they raise their own children with missing limbs. However, as Sarah explains in many of her videos, she has just as much to say to two-handed folks about living life with any physical difference.

“You can make it a big deal, but it doesn’t have to be a big deal,” Sarah said. Sarah doesn’t take this approach for granted. It’s been handed down through her family. Her grandfather lost his arm as a teenager, and he always tells Sarah that it happened so that he could raise his son to be the kind of father who could raise Sarah to be as capable as anyone else.

Her older brother likes to tell the story of encountering another classmate with a missing arm who asked him to tie his shoes for him. “My brother looked at him like he was crazy and said, ‘No, you can do that yourself.’”

Sarah is thankful that her parents didn’t make a big deal about her physical difference, so other people in her life didn’t either. Granted, when she left home and struck out into the world, she had a transition period during which she had to find that confidence again.

Fortunately, after college she began a finance career at Life Church, and the staff greatly encouraged Sarah to discover her own way to minister—which is what led her to start her YouTube channel. In “Sarah Explains It All,” she encourages people to end their self-loathing over the things that make them different.

“Too many people are concerned with what they are not, instead of what they are,” Sarah said. “If you were supposed to have two hands, you would have two hands. If you were supposed to be tall, you would be tall. But you weren’t, so stop wasting your life worrying about it, accept it, and you’ll be a lot happier. Just embrace who you are! I totally believe that if I’d had two hands, I would have been a terrible softball player.”

For more information search YouTube for “Sarah Explains it all.” 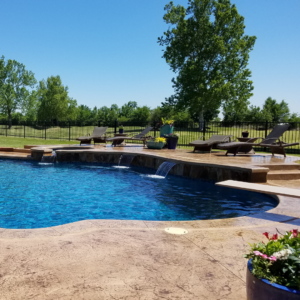 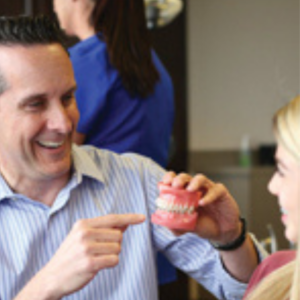