What if you had all the insider info on new businesses coming into Edmond? What if it was your job to attract those businesses? Janet Yowell, Executive Director of the Edmond Economic Development Authority (EEDA), is a driving force; a connector by nature, but self-effacing when it comes to her contributions to Edmond. Serving as director for more than 15 years and with EEDA for more than 25 years, she’s been among the first to know about Edmond’s defining developments. “You never know who will be on the other end of a phone call,” she says.

“Developers want to know where the people are. We serve as a source of information,” Janet says. EEDA is a public trust of the City of Edmond, led by a nine-member trustee board. EEDA assists existing businesses and recruits new businesses to make their home in Edmond. Janet asserts, “Our primary role is to be in tune with what the community wants and move forward accordingly.”

An example of EEDA’s work in action is Showbiz Cinemas. “Leakage” is a term used to describe residents leaving city limits to spend their money elsewhere and that was happening when Edmond residents wanted a modern multiplex movie entertainment center. The EEDA’s work attracting and securing Showbiz Cinemas has been a great success and has increased sales tax revenue as well as the added benefit of an entertainment venue close to home. EEDA works in conjunction with the state to attract big companies that bring multifaceted economic benefits to metropolitan areas. Although the corporations may not be located in Edmond, many of their employees choose to live in Edmond for the schools and amenities like local restaurants, parks, and trails.

“Skyscrapers and smokestacks don’t work in Edmond, but there are a lot of opportunities for commercial growth here. Edmond offers every class of office, has light industrial and manufacturing space, and is a desired retail submarket,” Janet says. Edmond has seen substantial development in medical offices throughout the city as well as the addition of many restaurants offering a range of services, including drive-thru, curbside pickup and full-service dine-in. The addition of these conveniences keeps Edmond citizens from having to drive far for what they need.

The I-35 corridor is ripe for development. Ground has broken for a multistory building that will house Regent Bank and restaurants: Chicken Foot, Sidecar Wine and Barley Lounge, and Hatch Early Mood Food. The restaurant group Provision Concepts will also have its headquarters inside the building.

Since 2000, 35 million private dollars have been invested in downtown Edmond alone, with much of that being within the last five years. Downtown has become a favorite spot for locals and draws visitors from our region and beyond. The local dining scene has seen considerable growth downtown and throughout the city. “People really care about restaurants!” There’s been a restaurant boom with more on the way,” Janet says. 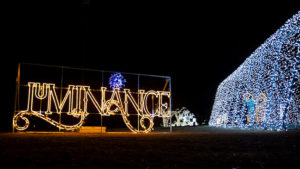 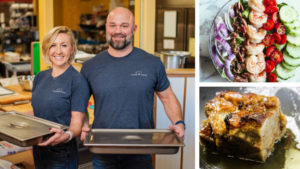