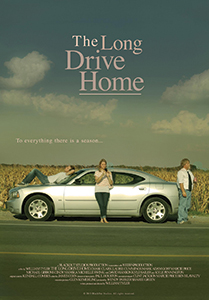 It’s called the magic of
Hollywood—that special ability to recreate anything on a sound stage. Places
and times created from nothing on a movie lot, transporting the audience to
that moment created in the imagination of the cast and crew. But filmmaker
William Tyler didn’t want any part of it. He knew that for his film, The Long Drive Home, only one location
would do. As the writer, director and co-producer of the film set in Oklahoma,
the production was also filmed completely in the state, using a local cast and
crew.

“Using an all-Oklahoma cast and
crew was most certainly important to me because it shows that the talent is
here,” says Tyler. “It shows that Oklahoma can make movies, and good ones.”

“Filming in Oklahoma was easy,”
says Tyler, which made it even more enjoyable to create his film in his home
state. From securing locations to having highway patrol shut down a road, the
genuine friendliness of the community created a very positive atmosphere.

The local filmmaking community
is booming. Tyler estimates that there are likely half a dozen films being shot
at any given time. “Those could be shorts, features or even music videos,” he
explains. “I’m not talking big-budget Hollywood films, I’m talking local indies
by filmmakers who have a passion to bring their visions to the screen and tell
a story you normally wouldn’t see in ‘Hollywood’ films.” 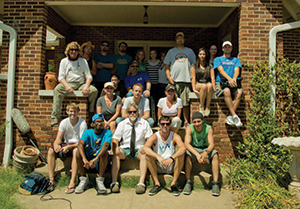 Filming on The Long Drive Home was done all around the state—indoor and
outdoor locations around the metro, Tyler’s childhood town of Lindsay and the
roadways in between. Oklahoma provided the scenery and setting, often standing
in for events occurring in Arkansas, Tennessee and Mississippi. While filming
locally was an easy choice, it wasn’t without challenges. “Aunt Fran’s house in
Mississippi was actually an old house in Sulphur.” The crew spent four weeks on
location, often filming in 113-degree heat. They even filmed in a house without
lights or air-conditioning—something Tyler can laugh about now.

The car scenes were another
source of amusement. Because of the film’s limited budget, road scenes could
not be filmed using a green screen and filled in during post-production, which
provided a logistical challenge. “There were three actors, a sound guy and me
in a car—all at the same time. We started off having the car pulled on a truck,
but we couldn’t get the shots.” Several times, Tyler found himself sitting on
the floorboard on the passenger side of the car, holding the camera and filming
while the actors drove.

During one scene filmed at a gas
station just outside Paul’s Valley, word got out and brought their production
to a halt. The film crew arrived and set up to get shots for an important
conflict scene between several characters. “Every now and then, customers would
stop to get gas or buy a drink,” says Tyler. “Then I guess the word spread that
there was a film crew and it just got swamped.” There were so many people who
came to see what was going on that the crew had to wait for the location to
clear out before they could continue filming again. 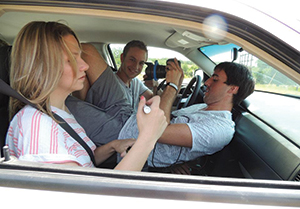 As a teen, Tyler made movies
with his friends in Lindsay, but never dreamed that he would be able to
continue as an adult. “People didn’t make movies in Oklahoma—boy, things have
changed!” He became interested in making films at just eight years old, after
seeing Titanic in a theater for the
first time. As the first epic film he had seen, it left a strong impression on
him. “It blew my mind,” he recalls. “I saw it with a large audience, and to
hear how they reacted at certain scenes during the film lit a fire in me from
that day to now. I want to move people who watch my films; I want to make them
think.”

Tyler isn’t a filmmaker who
likes to do things by someone else’s guidelines. “I’m a film school dropout,”
he says, “I hated being told, ‘This is how you make films and tell stories’
because it’s how they do it in Hollywood.” It makes sense that this Oklahoman
wants to be a pioneer in filmmaking, striking his own claim on a
well-established industry. “I don’t think there’s a right or wrong way to tell
a story in film,” continues Tyler. “Seeing a film done in a completely
different way than the norm grabs my attention because it’s fresh.”

The Long Drive Home tells the story of a modern Southern family
struggling to maintain connections while not letting go of their opinions and
secrets. When Susan calls her children to Aunt Fran’s house for the funeral of
their grandmother, bringing their dementia-afflicted uncle along for the ride
is just the beginning. This simple road trip turns into a life-changing journey
for their entire family. 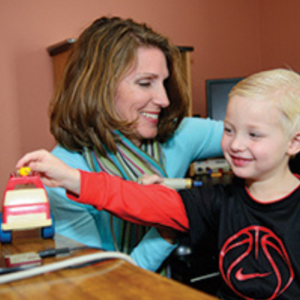 by Lance Evans
This is much more than a business. That's the main sentiment you'll leave with after spending a few minutes with the warm staff at Fine Hearing Care
Read More  > 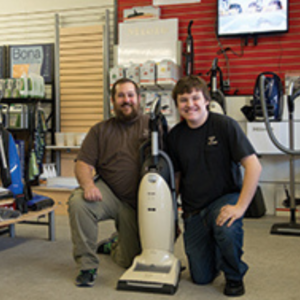 by Lance Evans
Bob March is fully aware of the secret to his success. For over 15 years, he's run a successful business in Edmond. Over the last decade, he's proven just how fruitful a company can be when it truly caters to the customers it supports.
Read More  >