Mothers on the Mend

Real-life heroes come in many forms. They rarely wear capes—but sometimes they wear masks. Meet two courageous women who refuse to hide behind masks of shame any longer.

Haylie Webb and Desiree Bolch have heroically faced the enemy of addiction and rescued themselves and their children from a life of crime. 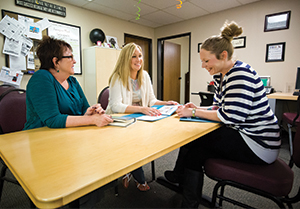 “I’m proud to live a sober life,” Webb said. “I used to be so ashamed, because I was an addict, and I thought I would always use drugs. I don’t use drugs anymore. I’ve been clean for over a year, and I’m not ashamed anymore.”

Both Webb and Bolch are participants in an intensive program designed for mothers who are facing incarceration for non-violent crimes related to the use and distribution of drugs. ReMerge provides supervised housing and daily counseling which enables women to break away from addictions and transforms them into productive citizens. The success rate is impressive. In three years, only one participant has re-entered the criminal justice system.

“When I found out I was three months pregnant, I was addicted to drugs,” Haylie Webb said. “I called my attorney to ask for help, because I couldn’t stop. I wanted to quit for the first time in my life. He told me about the ReMerge program and sent a probation officer to interview me to see if I could participate.”

According to Terri Woodland, the executive director of ReMerge, the program isn’t for all women. It is specifically designed for women with a high need for treatment, housing and employment. The women also must show a desire to undergo intense therapy and a willingness to make major lifestyle changes.

Life did change dramatically for Webb, who accepted the treatment, provided by NorthCare, and lives in a “sober living” house with her new daughter. She’s about to move into her own place, but she admitted that she needed the months of accountability provided by supervised housing. She now volunteers in the community and is a full-time mom and a full-time student.

“I had to learn to despise my addiction and know that what substances did to me was not acceptable,” Webb said.

In many cases, women in the criminal system have experienced childhood trauma from family members involved in abuse, addiction or mental health issues. Webb started drinking as a teenager and simply “liked it.” By the age of sixteen, she was a heavy drinker with several DUIs on her record. She was later introduced to heroin.

“I didn’t want my daughter to see her mommy drinking and drugging, or to meet me through a glass window,” Webb said. “Now I get to be her mom every day. I have my life back.”

Desiree Bolch also started drinking with friends at an early age. She could drink a whole bottle of vodka at 14-years-old, and did quite often. As an adult, and mother of twin boys, she was desperate to break free from alcoholism and drug use. She had attended rehabilitation once before, but relapsed after a surgery that once again led her toward pill use.

“That relapse was actually a blessing in disguise, because going to jail gave me a second chance,” Bolch said. “ReMerge offered me a complete life change, internally and externally.”

Bolch’s four-year-old twins live with her parents, but after a year of successful treatment, she’s hopeful to soon regain guardianship. She’s thankful for such great parents who have supported her during her transition into sobriety.

“Every weekend the children are with me, and the relationship with my family is wonderful. My sons seem to understand that I’m different. They tell me they are proud of me for going to counseling, so I have to be a role model for them now,” Bolch said. 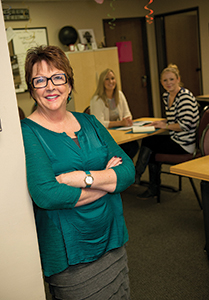 “Addiction is a whole-family problem,” said Woodland. “We try to support the women, kids, parents and siblings involved. Our ultimate goal is to keep mothers in the community instead of prison.”

In addition to housing and counseling, ReMerge provides assistance with life skills such as parenting classes, completion of GED programs or re-entry into the job market. Woodland, who has been with ReMerge since its inception, hopes to educate the community to embrace these women as good, productive citizens, not as criminals with a felony checkmark on their job applications.

ReMerge hopes to expand funding that will enable them to serve 75-100 women at a time, instead of the current 50. The program, piloted in 2011 following a legislative vote, is funded by both state and private money, with the support of 25 community partners and the cooperation of the court system, the Oklahoma Department of Corrections, and the Oklahoma Department of Mental Health and Substance Abuse.

As intended, the ReMerge program has set these two mothers, Webb and Bolch, onto a new course of life without prison.  “I’ve gained back the confidence I took from myself during my addiction,” Bolch said. “I didn’t have faith in myself at all. Fear had me so paralyzed that I didn’t want to get out of bed and function. Now I’m excited to start the day, complete my goals, and be the mom I want to be.”

“These women are amazing, strong, resilient,” Woodland said. “They are heroes.”

To learn more about ReMerge and how you can help, visit remergeok.org. 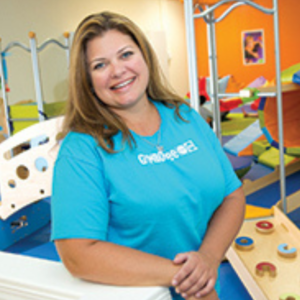 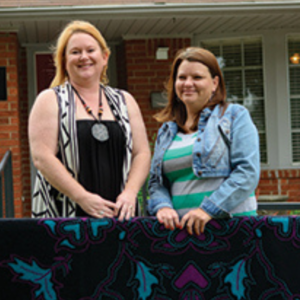