LOUISE: The Truth About Marriage Proposals 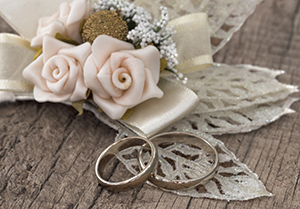 Recently a young man asked me
how my husband proposed to me, assuming it would be an “over-the-top” event
with marriage proposals so elaborate today. My response: “Carl? Propose? Carl
never proposed! At least not that I remember.” And it wasn’t because this
handsome guy was a bit egotistical in his younger years, though in fact, he
was. No, when Carl told me he loved me, he wasn’t referring to a single day or
night. He wasn’t telling me something superficial to see how far that would get
him. He was saying, “I love you now; I will love you forever. You have my heart
for eternity.”

So who needed a proposal when
the facts were clear? We were in love and committed to each other. Of course,
marriage would follow! When we were dating, we often talked about what life
would be like after we were married, we just never covered the question, “Will
you marry me?” That actually pleases me. I liked the way Carl could almost read
my mind and how safe and secure his love always made me feel. I loved reading
letters from him while in the U. S. Army that told me I was his “life and his
future,” even before we were married. We didn’t know what kind of future that
would be with the Vietnam War stretching out before us. Would Carl be sent to
Southeast Asia? If so, would he come home to me, or would he surrender his life
for our country?

These were much more important
questions than, “Will you marry me?” Especially since he already knew the
answer. Of course, I would marry him. I would be beside him for the rest of our
lives, though neither of us had a clue what that life would be like. We had no
idea what sacrifices and compromises we would need to make for each other in
coming years. We couldn’t possibly see the future, joyfully holding sweet
babies in our arms or weeping beside the grave of one of our little ones. We
didn’t see the disagreements that would stretch our commitment to each other
when wedded bliss waned. Nor did we think on those beautiful summer and winter
dating nights that one day one of us would die and leave the other to mourn
that missing part of our heart forever.

I recently read an excerpt from
Ann Voskamp called, “The Truth About Boring Men and the Women Who Live With
Them.”  Well, I would never call Carl or
our life together boring, but Ann’s thoughts are much like mine. “How a man
proposes isn’t what makes him romantic. It’s how a man purposes to lay down his
life that makes him romantic.” I agree. I even smiled as she described her
husband cleaning up puked-on sheets at 2am or standing in line to purchase
depend-size pads after she gave birth. Yep, we’ve been there. Those are the
real memories of marriage.

So here we are in January, a new
year, and I challenge you to look at life differently than the rest of the
world. Never accept the norm when you have your own extraordinary way of doing
things. Don’t live to be popular, live to be purposeful. And though I am not
one to make resolutions, I would ask that you resolve to love deeper, longer,
even sacrificially.

May you find such a rich love in your own life! 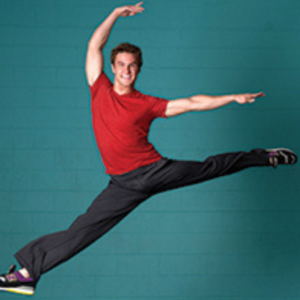 by Amy Dee Stephens
Even Christopher Rice was shocked when his YouTube tap dance video went viral. He never expected his Fred Astaire-type choreography to reach a million views in its first week
Read More  > 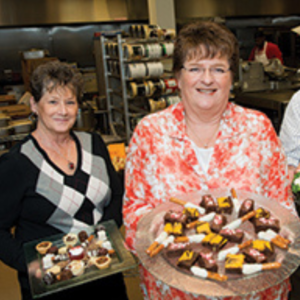