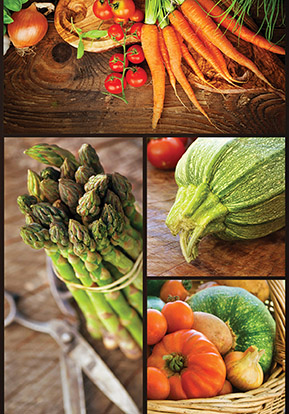 “An apple a day keeps the doctor
away.” The familiar cliché gets drilled into every elementary school student
and they carry it with them for the rest of their lives. Generally, we hang on
to clichés because, while overused, they’re true. This one is not. More than 90
percent of conventionally grown apples are loaded with at least two
pesticides—and several other chemicals, as well. As consumers learn more about
the chemicals in their food, they’re increasingly adopting organic diets and
embracing foods that are completely free of pesticides, herbicides and hormones.

Edmond resident Carolina
Elizabeth is on board with organic diets. “I think what scares me the most is
the word cancer and its link to hormones, pesticides and other chemicals in our
foods. The insane amount of antibiotics given to farm animals also frightens
me. We find organic fruits and veggies tastier and my girls are more likely to
eat them, making them healthier,” she says.

Like the rest of the nation,
Edmond has felt the rising demand for organic food. February 2012 witnessed the
opening of Edmond’s Uptown Grocery. The company’s philosophy is uncomplicated:
offer the highest quality foods at the lowest possible prices. With its
expansive offering of organic foods, Uptown Grocery is riding the wave of a
national increase in demand for clean, chemical-free food.

Cindy Dicken, Natural and
Organic Manager for Uptown Grocery, thinks the explanation for the increased
interest in organic foods is simple. “People are just becoming more
health-conscious,” she says, “The data is not very clear on what pesticides,
hormones and other chemicals used on conventional crops are doing to us. Our
customers are becoming more concerned about these. They believe those chemicals
are behind a number of the diseases that have taken off in the last ten years.
The increased interest in organic foods is simply a result of consumers’ health
concerns. They want to know what they’re putting in their bodies.”

Edmond’s resident nutrition
expert, Dr. Michele Menzel, owner of Energetic Wellness and author of The 48
Day Transformation, doesn’t hold back when laying out the benefits of organic
diets.

“I’ve been eating organic food
for almost 20 years,” she says, “Organic produce is much healthier for you than
conventional produce because it doesn’t have the pesticide load that conventional
fruits or vegetables have. Human beings weren’t designed to have 87,000
chemicals in their food. Organic food is a perfect match for the design and
function of the human body.” Menzel conducts nutrition seminars for the general
public every second and fourth Fridays.

Watching their grocery budgets
carefully, some shoppers shy away from organic foods. They’re looking at price
tags and the costs of organic foods can be almost double the cost of their
conventional counterparts. Jennifer Webster, co-owner of Edmond’s Providence
Farms, believes that figure is misleading. “You’ve got to take into
consideration things like nutritional levels. Organic food is 25 percent more
nutritious, with a lot more vitamins and minerals. You’re really actually getting
more bang for your buck with organic foods even thought they cost more,” she
says. Webster’s lost 22 pounds over the last year by simply loading her diet
with organic foods.

Janet Little, Nutritionist for
Sprouts Farmers’ Market, shares that opinion, but cites additional benefits of
an organic diet. “When you buy organic food, you’re supporting a movement to
support local food providers. It’s a movement about caring about the planet.
Typically, you’re supporting the farmer that values Mother Earth and still
values putting good quality products out to the consumer,” she says.

Edmond and Oklahoma City
consumers enjoy at least a dozen sources for organic foods. And those aren’t
just grocery stores. A night on the town could include Ludivine, a restaurant
offering dishes featuring only organic and locally grown foods. Edmond in
particular is blazing a trail toward healthy, organic diets—for those that are
tired of those chemical-soaked apples. 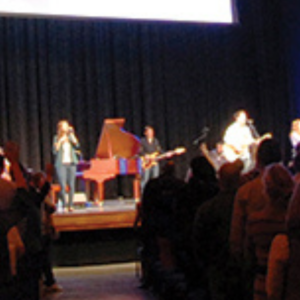 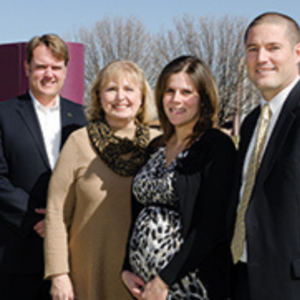