When five friends came together to write about famous Oklahomans—it was out of desperation. Not for themselves, but for teachers around the state who lacked biographies about important Oklahomans.

Darleen Bailey Beard became aware of the issue six years ago while doing a local author visit. The elementary school librarian expressed her frustration that although it was required for her third and fourth graders to write reports about significant Oklahomans, she didn’t have any biographies at their reading level.

As Beard continued to visit schools, she took an informal poll to see if other teachers experienced the same struggle—and had more than 50 affirmative responses. So, Beard shared her findings with her closest writer friends: Jane McKellips, Gwendolyn Hooks, Pati Hailey, and Cheryl Schuermann. Many of them had been writing together for more than 20 years.

Collectively, the authors decided to create the series. Not only would they write at a third and fourth grade reading level, but would represent a diversity of ethnicities and talents, genders and represent different regions of the state. They would write books that gave students hope for the future and provided proof that some of the greatest Oklahomans came from the most humble beginnings.

“People in our state have made significant contributions worldwide,” Schuermann said. “We have astronauts, scientists, inventors, ballerinas. Most children don’t even know the names of our most influential Oklahomans, so we wanted to introduce children to these important people.”

Each of the five authors chose to write about an individual to whom they felt a personal connection. For Cheryl Schuermann, the choice was easy. She chose the medical researcher, Jordan Tang, who discovered the cause of Alzheimer’s disease.

“Every day, I live with the reality and ugliness of this disease because of my mother,” Schuermann said. “Dr. Tang has spent the last 15 years searching for a cure, methodically learning what doesn’t work, so that he can find what does work.”

Schuermann was honored to meet Dr. Tang in his laboratory. “He’s diligently, tirelessly working on a cure for my mom every day, even though he’s in his eighties.”

Gwendolyn Hooks chose to write about Leona Mitchell, the international opera singer. At first, Mitchell was refused roles because she was African American—but her talent eventually allowed her to break through the racial barriers. “So few books feature strong African Americans,” Hooks said. “In Leona’s case, she had to accept the faith and training to go beyond the gospel music she was used to singing.”

Jane McKellips was inspired by author Bill Wallace, who hated to read as a child! And yet, he went on to write 38 children’s books, including A Dog Called Kitty.

“I assumed everyone who grew up to be a writer loved to read,” McKellips said. “It took Bill Wallace a while to find books that kept his interest—there weren’t many animal adventure stories back then.” When Wallace became an elementary teacher, his students convinced him to write down his own stories—tales much like Old Yeller. His books became an instant hit and inspired many reluctant readers.

Darleen Bailey Beard decided to write about the most popular entertainer of the early 1900s. Will Rogers was a trick roper, writer, radio host, comedian and movie star. Most importantly, he had a heart of gold. He generously helped friends, raised money for the Red Cross and made people laugh during the Great Depression. “Throughout his life, he cared about people,” Beard said. “Will Rogers makes me want to be a better person, and I hope my readers feel the same way.”

Pati Hailey wrote about the Chickasaw actress, Te Ata. In her one-woman show, Te Ata shared the beauty, wisdom and folklore of Native American cultures. She incorporated clothing, instruments and artifacts in order to defy the portrayal of Indians as savages. “She did a powerful service in helping Native Americans retain their cultural identity and traditions at a time when being Indian, like I am, was something to keep hidden,” Hailey said.

After completing the manuscripts, the authors sought a publisher for the series. After many rejections, the non-profit Oklahoma Heritage Association Publishing, an arm of the Oklahoma Hall of Fame, expressed an interest, but it took five years to find a funder. When the books debuted in October, a free set was given to every public elementary in the state.

Because of the books’ mature-looking design, many junior high and high schools are purchasing the books for their students with low reading skills. The impact of the books is already becoming evident as praise pours in from teachers and students. The titles are also beginning to appear on the local non-fiction bestsellers list for the public. The authors are anxious to find additional funding so they can begin working on new titles for their I Am Oklahoma series.

“We are thrilled that children can read about other Oklahomans who struggled and overcame—whether they come from a big city or a small town, or a low income area,” Hailey said.

“It’s important for kids to see themselves in books, and see that they can beat their circumstances by having dreams, setting goals and staying focused,” Hooks said.

“Oklahoma deserves to be known for what our people have done to advance society, through science or art,” McKellips said.

“Or by changing the world with humor,” Beard said.

“Because some child out there is going to read these books and solve future problems, or change the world with music, or write a book that changes lives,” Hailey said.

The biography books are available at many local bookstores or can be found online at www.oklahomahof.com or www.amazon.com. 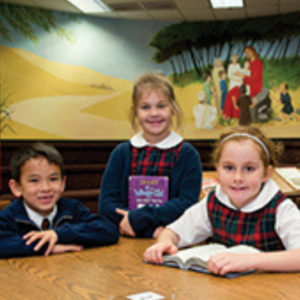 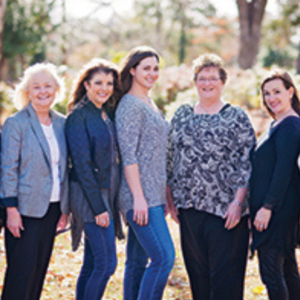