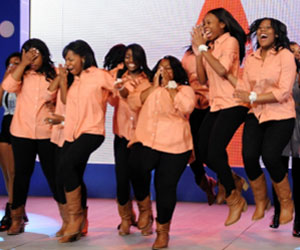 It started in November 2011 with Black Entertainment Television’s Blaze the Stage national competition stop at Oklahoma City’s Millwood High School. Some eight months later, it turned into the opportunity of a lifetime for Santa Fe High School’s Stomp Team.

Stomping, or stepping, is a combination of foot and hand movements set to rhythmic music. The motions come from African foot dances or military exhibition drills. The group formed as an extension of the school’s multicultural club in 1996, and Richard Bean, an instructor at the school, has served as club sponsor since 2007.

“Stepping really develops these young ladies’ creativity,” Bean said. “It develops coordination and teamwork. They work together extensively and also learn humility and belief in accomplishing a goal. It’s also a way for them to pay tribute to their heritage.”

That hard work paid off as the team won a preliminary competition in June after appearing on BET’s “106 & Park’s Wild Out Wednesday.” Besting other step teams from Virginia and Texas in votes gave the group a chance to return to “106 & Park” in early August to compete for a large cash prize. Despite not winning the second competition, the trips to New York City were a prize in themselves.

Senior Chezney Wallace followed in the footsteps of her older sister in joining the team. The three-year veteran says the experience of visiting New York City for the first time was exciting.

“[New York] is really different from Oklahoma,” Wallace said. “It’s the fast life. I loved going to Times Square and shopping.” As for taking the stage in front of a national television audience, “I wasn’t really nervous,” she said. “It was the realization of being there. The stage was not what I imagined. On TV it looks big, but it’s actually small. You’re not nervous because you’ve done this so many times before, you just know what to do.”

Joclynn Phillips, another senior, is also in her fourth year as a member of the team. Phillips grew up dancing and chose stepping over cheerleading and pom. The New York City experience for her was larger than life.

“It was scary, and I’ve been in front of a camera before,” she said. “I’m thinking, what if I mess up? It’s kind of hard and stressful. You have to be on point the whole time. It was fun though.”

Bean recalls the excitement on the team members’ faces when they experienced New York for the first time. “We stayed in New Jersey, so we had to take the bus to Manhattan,” he said. “I’d been before and knew what to expect but these girls didn’t. When we got to the bright lights, their eyes were as big as saucers. They were in awe.”

And while performing is a big part of the group’s core, Stomp is not just a dance team. Bean takes pride in the involvement team members have with the Edmond community. At Santa Fe High School, STOMP stands for Students, Teaching, Opportunity, Mentoring and Parenting. Bean says the group’s focus is more on community service and development. He hopes the values learned from being in the group are something each member takes with them once they graduate.

“We want them to realize they’re learning things that’ll help them no matter what arena they go into,” Bean said. “It could be college, trade school or straight to the workforce. One thing we teach is efficient processing As performers, it’s important to attack each routine instead of bouncing from movement to movement. The hope is they can take those principles and apply them to anything. They also learn to perform under pressure.”

Group members agree and are grateful for the opportunity to be on the team. “Without this team, I wouldn’t be the person I am today,” Phillips said. “I’ve grown so much.”

Part of that community involvement includes traveling throughout the metro area to perform and give lessons. The team has plans to sponsor a clinic later in the year and hopes to continue to introduce locals to the art of stepping throughout the 2012-13 school year.

It takes long hours and dedication to reach the point the Santa Fe High School Stomp team has. Bean credits his team members for giving up countless hours of their time and thanks the community for its support of the group.

The team’s primary fundraiser is the Wolfpack Stomp Down, held every January. Bean continues to seek additional donations for the team so future trips are possible. For more information, go to www.sfstomp.com. 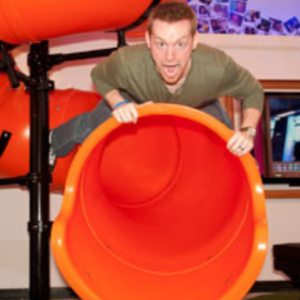 by Nathan Winfrey
Lots of people wish they could watch baseball for a living, but no one expects to actually get to do it, except for Edmond man Kyle Thompson...
Read More  > 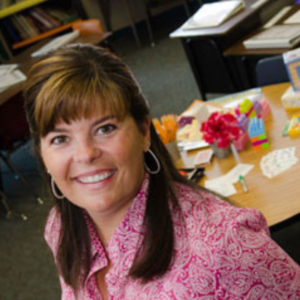 by Radina Gigova
Having kids who don't want to do homework is nothing new to parents, but one Edmond teacher is trying to change that. Marty Newport teaches...
Read More  >