Early in domestic life, we learn that most home implements have multi-functional uses—especially when we need to tighten a screw on the mini-blinds and it’s too cold to go to the garage for a real tool. A simple butter knife can double quite nicely as a screwdriver…or as a price tag scraper, pop-top can opener, ice crusher or meat tenderizer. Necessity truly brings out the genius in us all. 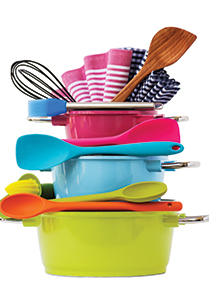 But today, genius is more readily found in the aisles of our favorite kitchen accessories store. The right gadget for the job changes everything. Who knew there were a dozen ways to poach an egg without actually having to poach an egg? That microwave bacon could be crispier? That veggies could be sliced faster? Or that a Rapid Ramen Cooker could shave a critical three minutes off prep time with a handy microwave cooking device?

I’ll never again break up a cup of pecans with my bare hands or mindlessly hold a hand mixer while waiting for egg whites to form stiff peaks. Didn’t Martha Stewart teach us better than that?

Second only to the garage, the kitchen is the motherland of gadget wizardry. Salad spinners, jalapeño corers, nut choppers, egg-slicers, juicers, pie crust protectors…there is no task too small or large that a crafty tool can’t transform it into a brilliant culinary moment. My mere pastry cutter and pizza wheel will never have the same thrill.

The growing desire for healthier, quicker, more versatile meals with custom touches has ignited a world of kitchen innovation. As noted by the manager at an Edmond home accessories store, today’s most popular gadgets are ones that make tasks easier. People get tired of eating the same thing and want to try new foods but need help recreating the dishes they see in recipes and on cooking shows. He says that most people feel they are mediocre cooks. (What a relief!) Gadgets give us all the chance to even the playing field.

According to the home accessories store manager, one of the biggest crazes right now is making pasta-like noodles from veggies. Not only a healthier alternative to pasta, the veggie noodles are a colorful flourish, ready to be topped with sauces or laden onto favorite dishes.  Available in simple or elaborate versions, the spiraling mechanism makes quick work of veggie spaghetti noodles, stir-fry, garnishes and salads.

Another top kitchen item that has gained recent acclaim is the egg ring. Though many of us have harbored this hidden gem in our utensil drawer for years, it’s now wildly chic to custom cook an egg in a perfect, English muffin-sized circle. Easier preparation and better presentation—who can argue with that logic?

The mandoline is another favorite in the kitchen lineup. This crafty gadget can coarsely slice your favorite veggies such as potatoes and carrots to geometric perfection. Or, keep a microplane handy to thinly grate everything from hard cheeses and chocolate to citrus fruits and garlic.

According to the staff at another local kitchen specialty shop, innovative materials are steering the popularity of kitchenware. Store shelves brim with all things silicone. Lids, mitts, ice trays, splatter shields, folding trivets—you name it, silicone has likely improved it. Resistant to chemical attack and insensitive to temperature changes, silicone allows you to cook the food, not the pan. It’s flexible and collapsible so it’s easy to handle, clean and store, too.

Ceramic-coated pans are also gaining steam among home cooks. Recent concerns over the safety of non-stick coatings like Teflon have given rise to new ceramic technology. Not only does the ceramic appear to be safer, but it cooks well and cleans easily. One caution to cooks is to be sure to use soft utensils of wood, plastic or, you guessed it—silicone, so you don’t damage the cooking surface. Sounds like a good reason to go shopping for some new gadgets! 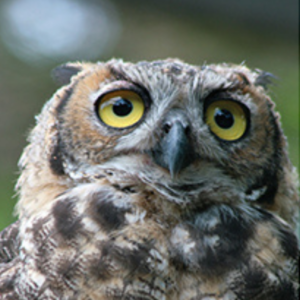 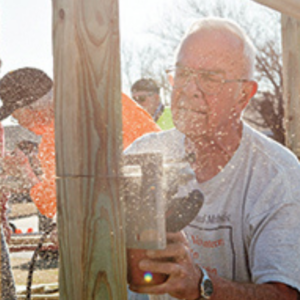