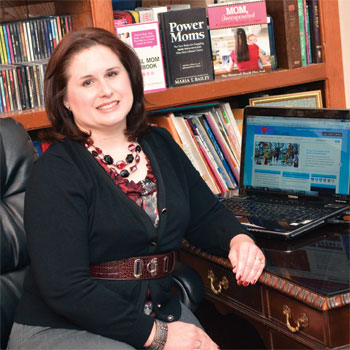 Before the invention of television, families gathered around the radio to listen to live broadcasts of music, drama, comedy, news and weather. Although technology has changed from ‘The Golden Age of Radio,’ live radio programming remains part of the American lifestyle. Tamara Walker, Edmond resident, unexpectedly found her niche in the Internet version of radio.

“I worked as a full-time RN until 1993 when I started a home daycare so I could stay home with my oldest child. Parents began calling me to ask me for advice on health or parenting. Then it became calls from friends of friends and then complete strangers were asking for advice. My husband recognized what was happening and created a website that would be a ministry to share my knowledge,” said Walker. In March of 2001, MomRN.com launched and became a place to share insight with thousands of parents.

When Walker offered to be a resource at a local radio station, she was instead offered her own talk show and the “Ask MomRN” show was born. “For two years, I broadcasted live from 91 FM, now known as AirOne. The Ask MomRN show aired once a month during the lunch break, then more often until the station sold in