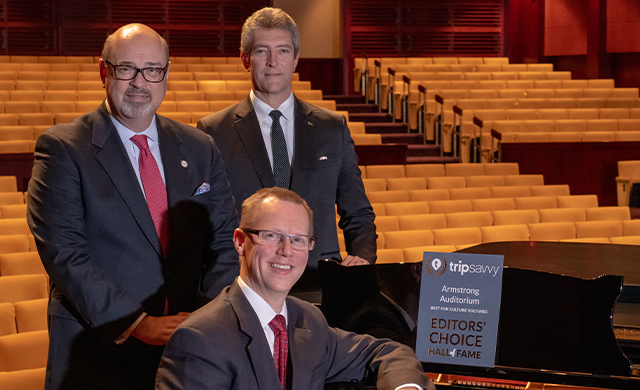 Anyone who has attended a performance at Armstrong Auditorium knows what a treasure this venue is. Now the world beyond Oklahoma knows it too.

Top of the World
Armstrong Auditorium was recently named to TripSavvy’s Hall of Fame. It is one of only 200 destinations worldwide to achieve that honor. The award goes to attractions that receive the highly selective Editor’s Choice designation two years running.

“We were notified by letter. I had to read it a couple of times before it sank in,” says Armstrong’s marketing director Shane Granger.

The honorees were chosen from among more than 60,000 destinations across the globe. TripSavvy’s writers and staff personally visited and vetted the top choices before naming the winners.

The award is only the latest in a string of honors for the organization. Armstrong Auditorium won the Oklahoma Travel Industry Association’s Redbud Award for “Outstanding New Attraction” in 2014. The Armstrong International Cultural Foundation’s archaeology exhibit “Seals of Isaiah and King Hezekiah Discovered” received the 2019 Central Oklahoma Frontier Country Awards for “Outstanding Temporary Exhibit”.

Building from the Ground Up
The Armstrong Performing Arts Series has come a long way in twenty-one years. Its first concert was held in a business condo complex. “I think we could squeeze about fifty or sixty people in that room,” says Shane. “But the vision was big.”

The series progressed to rented spaces around the OKC metro as it grew. In 2010 the foundation’s sponsor, Philadelphia Church of God, opened the multi-purpose Armstrong Auditorium and the series moved to its permanent home. The series now features world-renowned performers across many genres. Upcoming concerts this season include Ballet Folclorico de Mexico, the Siberian State Symphony Orchestra, and the vocal ensemble Chanticleer.

Shane is pleased with the honors that have come Armstrong’s way, but the goal has never been to win awards. “We work very hard to be customer focused,” says Shane. “We’re honored that more people are finding out about us.”

The Armstrong Auditorium is located at 14400 South Bryant Road in Edmond. To view the performance schedule or purchase tickets, visit armstrongauditorium.org. 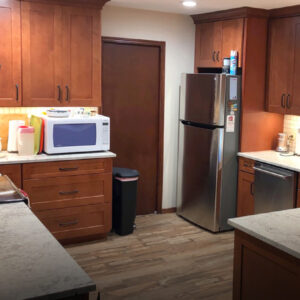 by Edmond Outlook
When my wife and I moved back into our Edmond home in 2017, we knew it would take a lot of work to make our house livable again. The house was built in 1978, we bought it in 2003, lived in it for a few years, then it became a rental until I retired from...
Read More  > 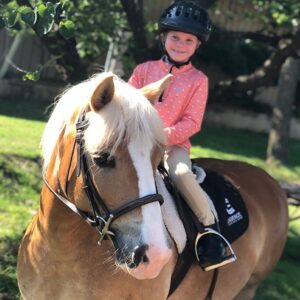 by Maria Veres
Starting its 14th year in business in February, Cadence Equestrian Center has grown to be the leading lesson, camp, and training program in the Oklahoma City metropolitan area. Achieving a Dream The Center was started in early 2007 when Owner, Christina Buchanan saw a need in the community to offer a place for children to...
Read More  >