When Dan Hays, one of the “winningest” coaches in collegiate basketball, retired from his 33rd season at Oklahoma Christian University, he never said he was retiring from the game of hoops. 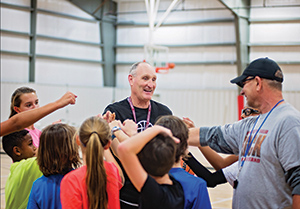 Hays is ranked 42nd in all-time career coaching wins with more than 720 victories—earning more wins at an Oklahoma college than any other coach. He finished his run as OC’s head coach in February 2016. Previously coaching at Northwestern Oklahoma State as an assistant coach at Southeastern Oklahoma State and at Eastern Washington University, Hays is a legend in collegiate basketball.

But, times had changed. Now 70, Hays said it was time for a new chapter in his life.

“They say age is just a number, but it’s more than just a number,” he said. “I had coached for 48 years, and I wanted to step back as far as decision making. It’s different now than how it used to be. But I had a great run. Oklahoma Christian was so good to me for a long time.”

Today, Oklahoma’s most “winningest” coach has a new role and a new avenue of mentoring and coaching young basketball players that keeps his talents close to home.

In September, Craig and JoAnna Wiginton, along with Brandon and Katie Troutman, opened a new basketball facility in Edmond specifically geared toward developing young players with not only skills, but values as well in a single all-inclusive facility.

Solid Rock offers training, skills academies, leagues, tournaments, camps and court rental, but the real goal is to provide young athletes a place where they are excited about basketball year-round. The 32,000-square-foot facility has four full-sized courts, but also a curriculum that goes beyond physical skills. Values are stressed as much as playing ability. For a long-time coach of a Christian university, Solid Rock offered a new home and opportunity for Hays.

“Craig worked in my basketball camps and was an outstanding high school coach,” Hays said. “JoAnna was an outstanding player. Brandon played for me and was my graduate assistant. They had this vision to build their own basketball facility and develop this program that included individual lessons, clinics, camps and leagues with a base of teaching people to play the right way.” 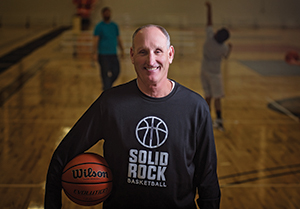 Hays helped the founders during the summer with the basketball camps. Shortly after he retired, Hays approached them about becoming involved.

“I thought they were doing a good thing, and I told them I was willing to help, if they wanted me around,” Hays said. “I’m a hired hand. They bounce ideas off of me and are very good about working as a team in skills development.”

Solid Rock is geared for students in grades K-12 with summer college prep camps and specialized programs. Hays brings his expertise in coaching and basketball skills development to Solid Rock.

“When I grew up in Albuquerque in the 1950s, our summers were spent in the sandlot and the playground, and that’s where we learned to play sports,” he said. “We want to bring that sandlot back to basketball with three-on-three basketball. We add a little old school to the program. The burn out rate for youth athletes is so high, and I would guess 75 percent of students quit sports by ninth grade. We’re trying to stop that. We are trying to inspire kids to grab a basketball, go in their front yard and just play.”

In addition to coaching at Solid Rock, Hays also helps out as an assistant coach at Mustang High School as well. “I never said I was retiring from basketball,” Hays said. “The only other promise I made was to my wife of 48 years, JoAnn, and that was that we would not move. She has been so unbelievably good, and throughout my career, I moved her all over. I know she doesn’t want to leave Edmond.”

Hays was inducted into the NAIA Hall of Fame in 1998 and was named to the OC Athletic Hall of Fame in 2002. He also was inducted into the athletic hall of fame at his alma mater, Eastern New Mexico University, in 1996. In addition, Hays was Sooner Athletic Conference Coach of the Year five times and was the NAIA District 9 Coach of the Year twice.

In April 2011, OC named the court inside the Eagles’ Nest gym as the “Dan Hays Court.”

While Hays has the most wins under his belt as a collegiate coach, his top pride is the fact that 90 percent of senior players on his team earned their degrees, and many of his teams were named NAIA Scholars Teams due to the grade point averages they earned.

“I have been blessed,” Hays said. “My greatest achievements have been mentoring and watching my players succeed.” 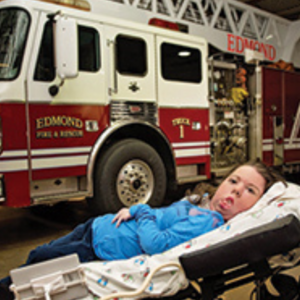 by Amy Dee Stephens
Kimberly Hill may only have the use of one thumb, but she hasn't let it stop her from living a full and impactful life
Read More  > 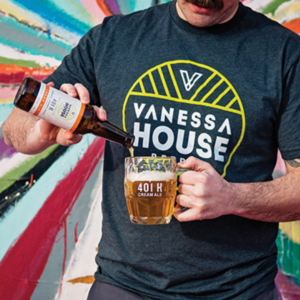