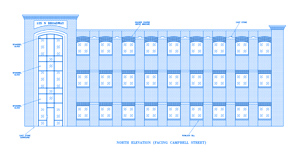 There is a renaissance of sorts taking place in what used to be the sleepy little downtown, urban core of Edmond, Oklahoma. Awake and thriving, this hub of commerce and ingenuity is now attracting some of the area’s most notable new urban pioneers.

Land prices have nearly doubled in the last few years in the downtown area and older, historically significant buildings are being purchased at a premium – when they can be purchased at all.

Local entrepreneurial developers are investing heavily in small-scale, mixed-use projects. Office and retail endeavors make up most of the new square footage yet some key residential innovators are creating urban-style townhomes and apartments downtown. Density is becoming the buzzword in the area. Leaders and stakeholders are embracing the advantages that come with higher density environments, including modern amenities that attract our millennial children who once left for larger metropolitan cities.

The University of Central Oklahoma is now becoming a choice of many high-performing high school seniors who might have chosen other schools in the past. Recent surveys indicate the new downtown experience is a contributing factor for the decision.

If you haven’t been downtown lately, it’s time for a date night or a family outing in this energetic and expanding new hometown hub. You’ll notice some key developments and attractions fueling the Downtown Edmond renaissance.

A significant year for the Edmond community, 2016 saw the completion of Campbell Corner at 130 N. Broadway. The 15,683 square foot upscale retail and office building was developed by Plaza USA, LLC owned by Saeed Zahrai and his son, Koorosh Zahrai. Their selective tenant approach, with retail occupying the bottom floor and office tenants on the second floor, has successfully attracted new businesses, including Rocket Fizz Soda Pop & Candy Shop, Mainstream Boutique and the recently opened Ellis Island Coffee and Wine Lounge. Efforts continue to attract office tenants for the second floor of the building.

The 2016 relocation of the popular KatieBug’s Shaved Ice and Hot Chocolate from Midtown Oklahoma City to the NW corner of Hurd and Broadway, across the street from the newly built Campbell Corner building, adds synergy to these retail shops and value to downtown Edmond.

Even though last year’s changes were significant, 2017 is shaping up to eclipse that success. Larry Lambrecht recently purchased the SW corner of Campbell and Broadway across from Campbell Corner and has been granted approval to build a 30,000 square foot, three story, mixed-use building with retail on the bottom floor and office on the top two floors. Larry is also building a 7,461 square foot building at 14 W. Edwards for owner Roger Short who plans to market the office space as executive suites.

Two significant factors have contributed to this downtown renaissance. First, local civic leader and President of Citizen’s Bank, Jill Castilla made a decision to invest in a monthly community festival called Heard on Hurd that has showcased music, art, architecture, and amenities in the area to thousands of festival goers. Secondly, Edmond’s decision to keep much of the city’s operations and employees in downtown Edmond by building the new 70,000 square foot Safety Center in the heart of downtown Edmond, which opened in September 2015, showed the City’s commitment to the success of our urban core.

Dr. J. David Chapman is an Associate Professor of Finance & Real Estate at The University of Central Oklahoma (jchapman7@uco.edu) 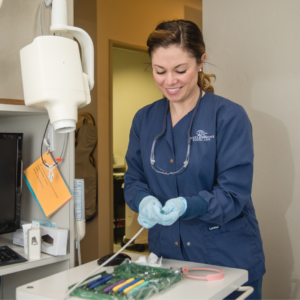 by Morgan Day
When new patients book an appointment with Reflections Dental Care, they're guaranteed a visit with friendly, caring staff who, above all else, prioritize patients' needs.
Read More  > 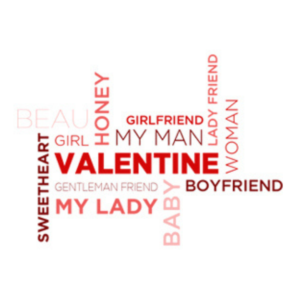 by Louise Tucker Jones
It's the love month! Hearts. Flowers. Candy. Romance. You know the routine. But did you ever wonder how all of this started?
Read More  >