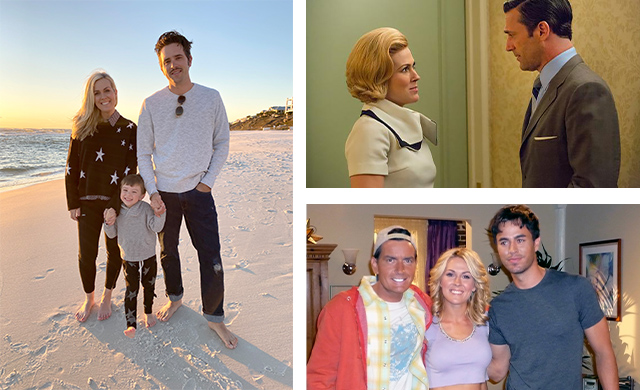 You might recognize Rachel Cannon’s face from television. She’s currently starring in Fresh Off the Boat, and she previously acted in Two and a Half Men, Big Bang Theory, Mad Men and more. Now, you might recognize her around town. The Los Angeles actress has moved to Edmond, and she’s loving her new life.

The conviction behind her need to move to Oklahoma came after twenty happy years in California. She had a great acting career and lived in a nice neighborhood–but motherhood changed her perspective.

“When I had a baby, I realized that L.A. didn’t have a place for my son to ride a bike or climb a tree,” Cannon said. “The homelessness and drugs were out of control, too. A friend of mine with kids came for a visit, and we walked from my house to a coffee shop. He said, ‘Between your house and here, we passed a lot of scary things. There’s about seven large conversations I would have had with my child during this walk.’ And it’s true—I couldn’t grasp how to teach my child the importance of serving other people when I was training him to step over the itchy homeless man and not make eye contact with the guy doing drugs.”

Cannon and her husband, Noah, had considered moving when their son reached school-age, but everything suddenly changed in 2018. “We had two break-ins in a six-month period. The second one scared me so bad, because my son’s window got busted out. I went all Momma Bear. I literally got online, picked two homes in Edmond, and put in offers, sight-unseen. A week later, we called a moving van and just left. It was the best, easiest, hardest decision I’ve ever made—but I regret nothing. We were looking for a place with a small-town feel that still has great amenities and schools. We’ve been pleasantly surprised.”

The commute between Oklahoma and the film studio in California where she finished filming season six of Fresh Off the Boat was a surprisingly easy transition, too. “Even before Coronavirus, the audition process and film industry was going more virtual. It doesn’t matter where my address is anymore. No one at the studio even knew the difference.”

Although Cannon had no former ties to Edmond, she does haveOklahomaroots. She was born in Tulsa, went to high school in Yukon, and attended the University of Oklahoma. As a returner, Cannon sees great potential in Oklahoma as the next big film entertainment hub. She’s using her expertise to work with state leaders to continue increasing film incentives.

“I’m hoping we can draw bigger projects through the new Oklahoma Tax Rebate package, because the Heartland has so much to offer. We have many beautiful ecosystems that are attractive settings to film makers,” Cannon said. “The economic impact is huge when a film crew comes to your town. As an actor, you don’t just sit in the hotel room at night. You explore the city, you eat, shop, go to the gym and do your dry cleaning.”

She’s certainly speaking from experience, having filmed on location in Chicago, Atlanta, and now, Alva, Oklahoma. It was in Alva, last summer, where she helped produce and co-write a faith-based short film called Send Me Wings, which premiers in May at the Branson Film Festival. It’s a film that has also earned her a Best Actress nomination.

“I’ve gotten more done during my time in Oklahoma than I’d ever have gotten done in L.A. This is such a ‘Yes, AND…’ type place. It’s my fiery spirit that sent me to California in the first place, but my creativity is being relit now that I’m back here. I don’t feel like I’m missing out on anything by moving back. Oklahoma was calling me home.” 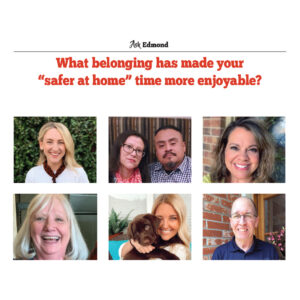 Ask Edmond: What belonging has made your ‘safer at home’ time more enjoyable?

by Edmond Outlook
What belonging has made your "safer at home" time more enjoyable?
Read More  >