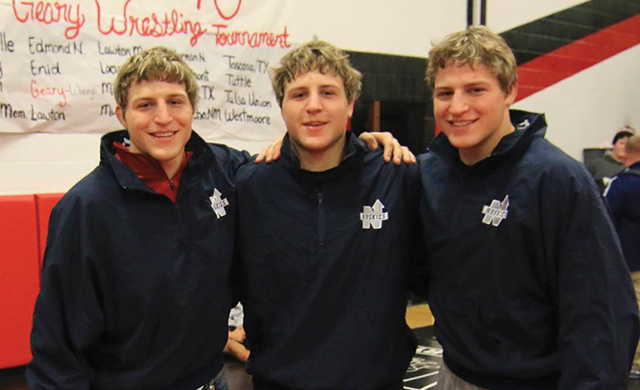 Edmond’s Dixon brothers have
arrived. In February of last year, the triplets—Lance, Joel, and Andrew—each
won the state championship in their weight class and led Edmond North High
School to a state title. The brothers made headlines this fall by committing to
wrestle for Coach Mark Cody at the University of Oklahoma. After being
aggressively recruited by several of the nation’s premier college wrestling programs,
the brothers Dixon are poised to rise quickly in the world of collegiate
wrestling. 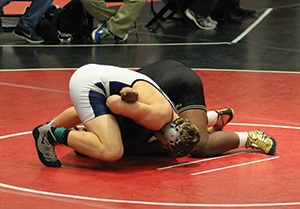 Wrestling has always been a family affair for
the Dixons. Whether it’s in-season training, wrestling camps in the summer, or
the dozens of hours spent traveling to and from duels and tournaments, the
family keeps a packed schedule. The three, like so many successful Edmond
wrestlers, learned the sport as members of the Edmond Generals wrestling team.
They were taking swimming classes when their mother, Linda, enrolled them in
the program. Their talent was evident from a young age. After decorated amateur
careers throughout middle and