Trey and I spoke on an especially cloudy day, in a series of cloudy days. We practiced
a very safe social distance by speaking over the phone, he at his home in Kansas City, I
in my living room in Edmond. Although I was thrilled to speak to him, neither of us could muster much enthusiasm. When we’d scheduled our interview, Trey was just beginning a sold-out, nationwide comedy tour. The coronavirus outbreak had since demanded our nation’s attention, leaving no one’s plans untouched. I asked if it was cloudy there too, he said it was and that it felt appropriate.

Trey Kennedy grew up in Edmond, but his roots in our city go deeper. Trey, his dad Tad, and his grandmother Etta Marie are all Edmond Memorial alumni. His grandfather, Tom, is a former Edmond city council member. Tom and Etta Marie opened the Edmond Tire Center on Broadway in 1974. In 1987, their son Tad purchased the business, changing the name to Kennedy Tire & Auto Service. The business was later moved to Edmond Road, and there it remains. They follow a motto of being the “Home of Family Values.” They serve with integrity and are committed to their community. This way of doing business has created generations of loyal customers. The strong business values are a spillover from strong family values.

Trey fondly recounts nightly dinners with his mom, dad and sister and weekly dinners with his grandparents. When asked where his humor came from, he credits his dad as being “the funny guy”. What sets Trey apart as a comedian is his ability to tell stories with complexity that go beyond a clever punchline. There is finesse to his delivery

and his impersonations are on point. He often imitates a mother figure (See his video titled “Moms”). His mom sighs and says “Oh, Trey’s home to get more material.” Trey says his imitations are with affection and merely an exaggeration of reality. The family understands. Trey’s father and his grandfather are both influences and inspirations
for Trey. At family gatherings, they have an informal story time, each taking a turn. The more buildup to the story, the bigger the laughs. Trey may not have taken on the family business, but he carries on the Kennedy legacy of making people laugh.

Trey described himself as a shy kid. He admits to being clever and always had a goofy side, but he wasn’t aiming for the stage. He said he was sure others were surprised to see his comedy videos go viral, but none were as surprised as him. While attending Oklahoma State University, Vine, the short-form video hosting service, gave Trey a platform for his comedy, at one point gaining more than 2.5 million followers. Vine has since been shut down, Trey says, “It got a little weird.” He adds that the platform’s extinction felt somewhat like a loss but more like an opportunity. His follower base began growing on other platforms as did the attention he got from national brands. He currently has 520,000 followers and 52 million views on YouTube, 2.2 million followers on Instagram, and 3.5 million followers on Facebook. Trey says, “At one point I thought comedy was a side hustle while I figured out my life, butthen it became my life.” He was a little shocked but mostly delighted when this online comedy gig proved to have potential to be a full time job. After college, Trey moved to Kansas City for a change of scenery and to be with friends. He films most of his videos at home, so location didn’t matter. He says he has no idea where he could end up next. He will be married soon but doesn’t have immediate plans to relocate. His work requires travels but hasn’t necessitated a move, yet.

When Trey posted a tasteful video titled “People during coronavirus be like…” on March 12th, he had no idea that he’d be canceling his tour because of the pandemic the very next day. The postponement of the “AreYouForReal?”sold-out nationwide tour drew an outpouring of sadness and support on social media. Trey had two shows scheduled on April 17th at the Tower Theatre in Oklahoma City. He had the opportunity to perform two shows, one in Louisville, KY and one in Knoxville, TN. He said, “It was a big change for me to go from video to a live audience. People came up afterwards to tell me this was their first ever comedy show.” Without a doubt, Trey draws a different type of audience. Growing up in a suburb with close family ties and attending a baptist church will undoubtedly influence humor. He says, “You don’t have to cross lines or be offensive to be funny.” Trey keeps it clean, he knows his fan base can reach kids as young as middle school. Trey’s newest video series was inspired by the age group. “Middle School Maddox” went live on March 17th, just a few days into the coronavirus mass quarantine. My thoughts are with those quarantining with middle schoolers like Maddox.

Comedy brings light to really dark times. Trey will take a step back from touring, but virtual comedy is not unfamiliar territory. Perhaps we can all take a note from Trey and harness the good of social media, using it as a way to share joy and laughter in uncertain times. If you need a laugh, follow him @treynkennedy or search “Trey Kennedy”, watch and share with a friend. 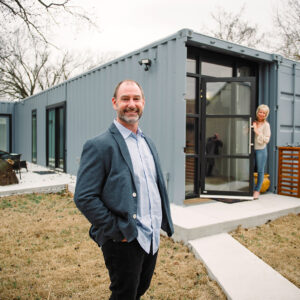 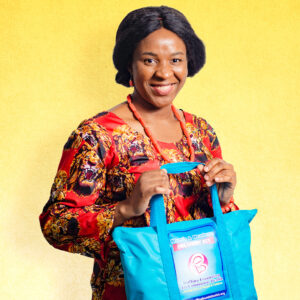