Whooo-oooo! It was the sound heard dozens of times daily until mid-December, when the train horn-blowing came to a gradual silence in Edmond. Residents and business owners along the track had long requested relief from the loud interruptions of the train whistle at each intersection, which interfered with sleep, meetings, and phone conversations.

“I’m so excited that the horns will not be blaring while I’m doing business,” said Stephanie Carel, who lives and works in downtown Edmond. Carel had an early voice in requesting a Quiet Zone. “It will be wonderful to not have that piercing horn during downtown events.”

“Economically, developers don’t want to build near tracks,” said Tom Minnick, Transportation Planner. “You don’t even have to be close to hear it. I live five miles away, and with the right atmospheric conditions, I can hear it clearly.”

In 2017, the City Council felt ready to address the tremendous cost, nearly 4 million dollars, needed to create a Quiet Zone. “Safety enhancements were needed at each intersection between 33rd Street and Sorghum Mill Road to meet federal standards,” Minnick said. “We put in center medians and additional bells at ten intersections to prevent vehicles from going around the gates. The railroad had to upgrade electronic circuits at each gate crossing, which dated back to the 1940s.”

A traffic horn will blow toward cars at Coffee Creek Road because the track is so close to the turn onto Broadway. At Danforth Road, additional pedestrian lights were added for the high school students walking across the tracks. “Even students wearing headphones should see the lights and feel the train vibrations,” said Minnick.

For 135 years, trains have been traveling the track through Edmond, a town that owes its existence to the railroad. In 1886, the railroad began laying tracks across the Indian Territory prairie. The location now known as 2nd & Broadway was selected as a watering station in 1886. Back then, Edmond had two trains come through each day. Now, the number is about 25 trains per day!

“Edmond has had trains blowing whistles since before the Land Run,” said Mayor Dan O’Neil. “The Quiet Zone is a small change that makes a big impact on the quality of life here.”

Although the sound, or lack of sound, is a significant change to the Edmond landscape, an occasional whistle will still be heard. “A train engineer can choose to blow the whistle anytime there is imminent danger ahead, such as kids walking on the track or a stopped car,” Minnick said.

For train fans in the area, hearing that occasional whistle will have to suffice. “I’m going to miss the whistle,” said ten-year-old Levi Wisner, who attended the “Toodle-oo to the Choo Choo Whistle” event hosted by the Edmond Museum at the Dental Depot. “I like hearing it every day. It’s what this town sounds like to me.”

Those who have faced the blaring 100-decibel interruption for years, however, feel the Quiet Zone is worthy of celebration. “I applaud the City of Edmond, the Downtown Edmond Business Association and Burlington North railroad for coming together to get this done,” said Carel. “We owe the history of Edmond to the railroad – and I am still happy to have the trains coming through town, but now they will be a little more tolerable.” 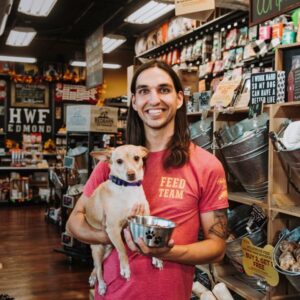 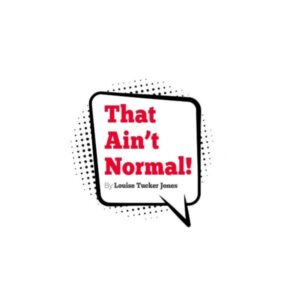