Meet Farrah Love Sinclair, a two-year-old girl whose middle name is prophetic. Her life story is spreading a message of love to families across the country and causing parents to rethink their evening routines. Because of Farrah Love Sinclair, some children are spending more quality time with their moms and dads, who previously rushed them through dinner, homework, bath and bedtime. 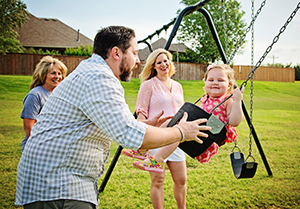 Step back and value your children,” said Farrah Love’s father, Daxton Sinclair. “Parents, grandparents, aunts and uncles—you have such a short period of time with your kids. Think about saying ‘yes’ when they want to play catch or walk around the lake. Say ‘yes’ and realize that you can be tired later on.”

Sinclair, who works in the oil industry, and his wife Jenna, a counselor, have adopted an unusual parenting philosophy—they never tell their daughter ‘no.’ Sound crazy? Read Farrah Love’s story and you’ll understand why…

“Farrah has always been the perfect child,” Sinclair began. “Happy, good sleeper, only had one crying fit during her first year, the kind of child who springs around instead of walking.” That changed on April 1st. Farrah Love was eating cereal in her parent’s bed while they got ready for work. She crawled off the bed, walked into the bathroom and stumbled into the shower door. She took a few more steps and ran into the clothes hamper. “We looked at each other and said, ‘What’s wrong, Farrah? You’re walking around like you’re drunk,’” recollected Sinclair.

That afternoon, the daycare provider also said that Farrah Love acted dizzy and kept falling. A severe ear infection was the obvious culprit—but after a week of antibiotics, the stumbling continued. And then, the Sinclair’s perfect child started throwing raging fits, rolling on the ground, inconsolable. She started tilting her head and couldn’t walk far without falling down. Traditional testing came back normal, so an MRI was scheduled for April 15th.

“We anticipated that she was going to need tubes in her ears, so imagine our shock when our pediatrician said Farrah Love had a brain tumor. My wife and I tried to focus on the positive, so we decided to get her to OU Children’s Hospital immediately and get started on a treatment plan so she could get better.” 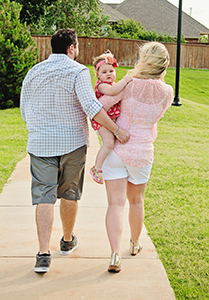 The next day, a team of eight oncology doctors came into the Sinclair’s room and began the conversation with, “This is the worst part of our job…” The diagnosis was that the rare tumor was growing deep in her brain stem, wrapping around her nerves. No known cure. An average of 9 months to live.

“The doctor looked us straight in the eye and said that this cancer wins every time,” said Sinclair. “It was so devastating to hear that our child wouldn’t live to see her third birthday. Every parenting rule goes out the window when someone says nine months. She doesn’t hear ‘no’ anymore.”

Amidst the shock, the Sinclairs had to make tough, quick decisions about how to proceed. Farrah Love’s brain tumor, called DIPG, only affects 2 or 3 Oklahoma children each year, so little is known about its treatment, and she is one of the youngest cases. She is currently undergoing experimental drugs and 30 radiation treatments, followed by a chemotherapy plan—and that’s just to keep the tumor from growing.

“My wife and I believe in God and we’ve seen miracles happen, but we are also realistic. We know that the odds are stacked against us, but one thing is clear to us—the minute the bad outweighs the good, we’re pulling out and ending the treatment. We won’t watch her suffer to keep her on earth for another day. We hope for quality days in the time she has left.”

Along with the torrent of emotions, Farrah Love’s condition has wreaked havoc on the family’s schedule. They arrive at the hospital each morning at 6:30am, after having administered medication at midnight. Because Farrah Love is only two, it is impossible for her to sit absolutely still for the 60-second radiation treatment, so she must go under daily anesthesia.

Sinclair is thankful that he works for a family-oriented company that has allowed him to work from home when possible. Jenna is an independent contractor who had just taken off to prepare for the birth of their next child, due in July. Welcoming a new child while facing the loss of their oldest has created a new level of anxiety—especially realizing the amount of attention required by a newborn. Sinclair’s mother, who felt a calling to retire early, just one month before her granddaughter’s diagnosis, has moved in to help them manage the household so that Farrah Love’s parents can focus on her.

The Sinclairs chose to stay in Oklahoma instead of moving out-of-state to a children’s specialty hospital for several reasons. First, they appreciate the care they have received from OU Children’s Hospital physicians. Secondly, they decided to remain among their support group. One friend set up a fundraising site to help with medical expenses, which will likely leave the family in debt for the rest of their lives. They also have an online site to document their life’s journey without having to return the hundreds of encouraging emails and texts they receive daily. 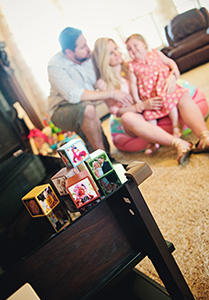 Eventually, Farrah Love will begin to stop eating and start sleeping more as the tumor takes over her nerves. They are told that she’ll have a final “burst of life” day in which she will be herself, play and have a great day. The next day, she will stop breathing and have a painless death.

“I will never understand why my daughter is being taken away so early,” Sinclair said, “but I will always have two daughters. One just won’t be here. It makes you value every second.”

“We watch her breathe at night. Every time she grabs my finger I study her hand. We try not to cry in front of her, because we’ll have plenty of time to cry in the future—but I want everyone to know that in my daughter’s two short years, she’s touched lives. I get messages from parents who are worrying less about housework and homework, and enjoying their children. Every moment they spend together is special. I want our sadness to have that positive impact. That’s what will bring value to Farrah Love’s short life on earth.”

Visit facebook.com/Fighting4FarrahLove to learn more, or youcaring.com/medical-fundraiser/help-farrah-/166625 to help the Sinclairs with medical expenses. 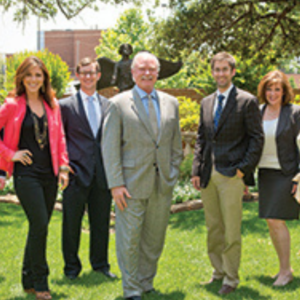 by Katie Marie
On the first Sunday after the Land Run in 1889, many Oklahomans came together to worship, and St. Luke's United Methodist Church was born in the heart of downtown OKC.
Read More  > 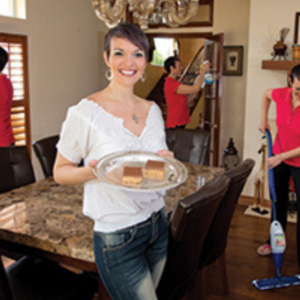 by Lance Evans
There are certain things that Ree comes to expect when cleaning a home.
Read More  >