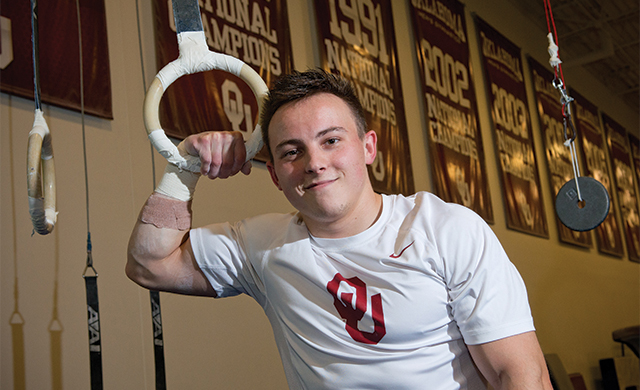 Gymnastics—it’s one of the most physically demanding sports on the planet. For Michael Squires, it means constant soreness from grueling workouts every day. Twice now, the United States has honored him as the best Still Rings competitor in the nation. What’s surprising is that he’ll tell you that he started out as good gymnast but not spectacular. Then he made a decision…

Squires was eight years old when he discovered gymnastics. He attended a friend’s birthday at Oklahoma Gold Gymnastics and enjoyed jumping on the trampoline. “Mom, this is cool! Can I take some classes?” After two weeks, the coaches put him on the competitive team. He stuck with it until his senior year of high school.

“I was never anything to brag about,” Squires said. “Always the middle of the pack. I hated pommel horse, but I won a few times on rings and parallel bars.”

His senior year, Squires decided to attend the national championship in hopes of meeting college recruiters. He expected to do well on the rings, but things didn’t turn out how he planned. “I didn’t score well. I didn’t make it into the finals. I didn’t talk to any recruiters.” 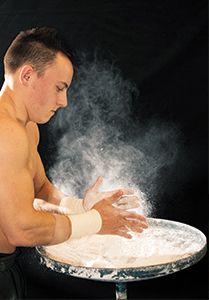 So Squires enrolled at the University of Oklahoma to follow a degree plan in accounting. He did talk to the head gymnastics coach, Mike Williams, about walking on as an athlete. Williams said that his only chance to make the team was to enroll in a summer course and start training at the gym to see if he could impress the coaches. “I have two advantages—I’m a naturally strong guy, and I’m short,” Squires said. “The coaches decided that I lacked a little in technique, but I was teachable.”

He was invited onto the team and spent a rough freshman year in gymnastics “boot camp.” During an inner-squad competition, which would secure Squires a spot on the team, he fell off the rings. “I was so angry with myself. I knew they were going to cut me.” He spent the entire Christmas break driving from Edmond to Norman, working out, improving his dismount. When he returned to school, the coaches saw the improvement and selected him. “Whoever was expected to get the lowest score went first. I went first.”

He scored fine, and remembers flying through the air for his final landing and thinking, “Cool! I’m competing at OU as a walk-on.” He was excited. It was a satisfying freshman year, and Squires was proud that although he wasn’t impressive, he didn’t hurt the team in any way. But that summer, he made the big decision which would change his course. He resolved to upgrade his skill level. A lot. A ridiculous amount.

“I decided to make myself stronger and work harder than anyone else. I had such an unrealistic plan that the older guys mocked me. They said I was crazy for trying to train on this incredibly hard rings routine.”

During Squires’ sophomore year, his vast improvement was obvious. It was so far above what he’d done his previous year that during competitions other teams asked, “Where’d you get this guy?”

“They didn’t believe it when they heard I’d been on the team last year, too,” Squires said. “Nobody had noticed me before.”

The only person who did notice him was the assistant coach at OU, Nory Iwai, a former Olympian from the Japanese National Team. Iwai was a huge influence in Squires’ life, both physically and mentally. Iwai told Squires, “Trust yourself to win. Accept nothing less than first.”

“So I did,” Squires said. “At the collegiate nationals, I nailed the dismount and won first place in the individual championships. I was stunned. Euphoric. I honestly don’t remember what that moment felt like, but when I look back at the video, there’s so much feeling and emotion on my face. In two years, I’d gone from a walk-on to a national champion. Coach said he’d never had a person do it before—and he’d coached three Olympians.” 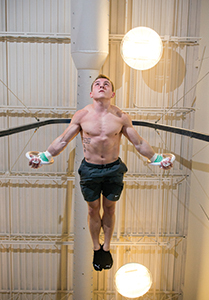 Squires was about to learn that although his big decision had paid off, it would lead to an even tougher decision—to do it again. “Once you win, you lose a little drive. Suddenly, my biggest competition was myself. I had to push even harder. It was a nerve-wracking, stressful thing. I had to make my routine look like it wasn’t hard.”

Even with a small step on his dismount, Squires won the championship again. “My dad’s reaction was almost frightening. He doesn’t typically show much emotion other than shaking your hand—but after that championship, he hugged me and started crying.”

Now, Squires faces his next tough decision. He will end his gymnastics career and focus on his business degree. “You have to understand that gymnastics is one of the hardest sports in the world, and I’ve been doing it for fifteen years. I can’t qualify for the Olympics because I’m a rings specialist—and they want their guys to be good in at least three events. The world rings championship would require two more years of training to maybe make the roster.”

Without apology, 22-year-old Squires likened his decision to retirement. “You start to see the light at the end of the tunnel. My body is sore, and you know when you are done. I have a renewed sense of purpose in focusing on my next career.”

If he decides to tackle his business career with the same dedication, he’ll likely go far. Squires is proof that incredible determination can overcome average talent.

“I decided to make myself stronger,” Squires said. “To win once can be called a bluff, but to come back and win twice—that is proof.” 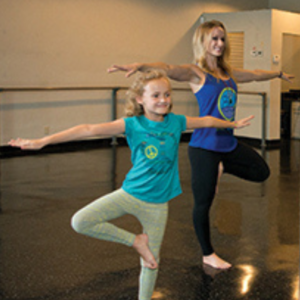 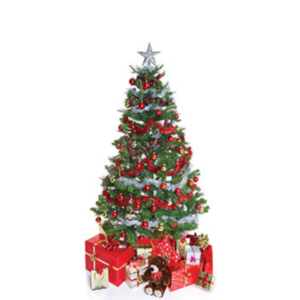 by Louise Tucker Jones
Not every holiday turns out to be the perfect holiday, but they always have their virtues
Read More  >