The Sound of Honor

The mournful bugle call played at military funerals is the most recognized and emotion-evoking of all trumpet calls. Over 1,500 veterans pass away daily, and there aren’t enough military buglers to attend every funeral. It is increasingly common to hear an audio recording played instead.

To teen musician, Katie Prior, this seemed tragic. Three years ago, on Memorial Day, she contacted a local funeral home and volunteered to play taps.

“My first funeral was for a homeless veteran with no family,” Prior said. “It was a life-changing experience, and I wanted to get my trumpet-playing friends involved.”

Prior recruited ten friends to join her on a crusade to honor deceased veterans with a live rendition of taps. At the same time, she was working to achieve her Girl Scout Gold Award by developing an action plan to address a community problem. So, she developed Youth Trumpet and Taps Corp, an organization which has now recruited 120 teens in 30 states to voluntarily play taps.

“Teen trumpet players have a specialized musical training, but we mostly just play for family or at school band concerts,” Prior said. “My organization allows young people to use their skill to serve a specific community need.”

Potential volunteers must attend Prior’s live or online training, in which she teaches proper taps technique and funeral etiquette. Next, the player’s band director certifies that the bugler can play taps correctly and from memory.

Although Prior is homeschooled, many of her volunteers attend public school and must get permission to get out of school. Fortunately, Oklahoma has an educational clause that allows students to leave school to play at a funeral.

“I think it’s important for older people, especially veterans, to see that my generation does care. They do amazing things for the right reasons,” Prior said. “At funerals, we get to hear stories about amazing people from the older generations who fought for our country.”

Taps was officially adopted as the National Song of Remembrance by the military in 1874. While there are no official lyrics, the following words are often associated with the tune:

God is near, do not fear — Friend,

It’s a haunting tune. Prior, alone, has played at 20 funerals since January. She keeps her emotions in check by focusing on the importance of her job.

“It’s touching to hear what family members say at the ceremony. I tell myself to stay strong, because I want to honor that veteran the best I can.”

Prior, now 17 and principal trumpet for the Oklahoma Youth Orchestra, hopes to continue recruiting volunteers to replace those who age out of the organization because, not only is it a valuable service to military families, but the volunteers’ lives are enhanced, as well.

“Volunteers tell me how honored and how protected they feel because of the veterans’ sacrifices,” Prior said. “I want to inspire young people to use their skill to do something to change the world.” 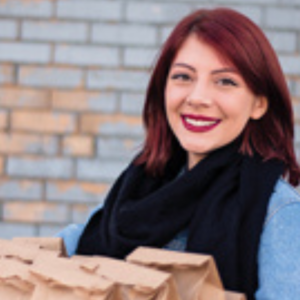 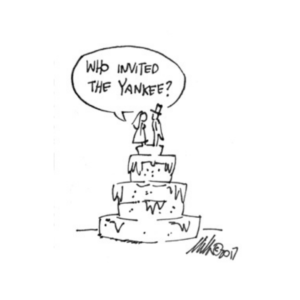 November 2017, In Other Words with Dave

Who Invited the Yankee?

by Dave Miller
I received a wedding invitation this past summer. Nothing out of the ordinary – except it was from the family of my late wife, Sandy. How thoughtful… I wonder should I go? I saved the date and got on with my summer.  A few months later, I notice Sandy’s cousins are liking some of my...
Read More  >