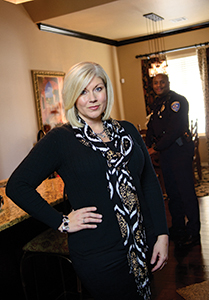 Every 53 hours, a law enforcement
officer loses his life in the line of duty.

Every 53 hours, twice as many
officers take their own lives.

More often than not, police
officers throughout America are targets. They are targets for violence, for
hatred, for ambush. Despite the fact they keep the public safe from criminals,
police officers are despised by many for very little reason. Melissa Littles of
Edmond wants that to change. A wife of an Edmond Police officer, she’s seen the
horrors of what her husband goes through reflected in his eyes.

She has to deal with the
knowledge that people are actively trying to harm the man she loves. “It’s my
mission in life to make people aware of what the police do and what they go
through daily,” said Littles. “We need people to support our officers again. In
2011, more officers were killed by gunfire than any other year.” After years of
research and learning about violence toward police, Littles started The Police
Wife Life, an organization designed to help police officers, their spouses and
the public become aware of issues surrounding officers today—and to make a
change to protect those willing to die to protect others.

Littles spent 23 years as a
paralegal in high conflict family law, so in 2009, when she was offered a
change in her field, she jumped. She began working in wrongful death prison
cases where she researched, investigated and read about deaths in the prison
system.

“I started noticing that the
prisoners who were killed or did the killing were repeat criminal felons. They
all revolved through the criminal system,” she said. “Nearly every single one
of them had a prior offense of assault on a police officer. I couldn’t find a
single one that did not assault a police officer.” The fact that many of the
criminals on the street had 50 to 70 prior offenses—including violence toward
the police—stunned her. It also opened her eyes to what her husband dealt with
daily. She began publishing articles about her thoughts and about the issues
police face, and soon, other officers and officer spouses began reaching out to
her.  “I started The Police Wife Life
Facebook page and website in March 2011,” she said. “We establish contacts and
resources internationally for police officers and their families.”

The wife of a police officer in
Detroit reached out to The Police Wife Life after the City of Detroit filed for
bankruptcy, leaving many officers unsure if they would receive their pensions
they had worked their entire careers for.
She feared her husband was suicidal. “He was involved in a shooting, was
suffering from PTSD, and he now feared he may lose his job and his pension.
They had a very sick child on top of everything else,” said Littles. “They were
at their breaking point. She messaged me, panicked because he had taken his personal
weapon and their family car and left the house and would not answer his phone.”

Littles immediately contacted
Sean Riley, who runs Safe Call Now, an organization which offers emergency help
for first responders in need, confidentially.
For several hours, Littles stayed in contact with the distraught wife as
she begged her husband to come home. “He finally did and we got him connected
to Safe Call Now. He has since received the help he needed and is doing much
better as a result,” Littles said.

The Police Wife Life helped
change laws, including one that allowed benefits for police K9 officers.
Georgia Police Officer Travis Fox and his partner, K9 Lakota, were critically
injured in a pursuit, and as a result, K9 Lakota had to be medically retired.
Officer Fox and his wife, Corey, were shocked when they discovered police K9s
were not treated as officers, but equipment, and therefore did not have the
same benefits available after catastrophic injury.

“Corey came to The Police Wife
Life seeking help in finding a way to change the law. We have since formed a
close friendship with the Fox family and have helped them with legislative work
and research for Lakota’s Law, as well as helping them find the legal
assistance needed in their state of Georgia,” said Littles. “The Police Wife
Life has also remained actively involved in promoting and spreading K9 Lakota’s
story.”

The Facebook page currently has
more than 30,000 members. Littles is the author of two books, including Bullets in the Washing Machine. She
travels regularly for speaking engagements and to host workshops. She says
everyone—not just spouses of police officers—can make a change. “Get involved
in your community. If you live in a community that hates cops, change the way your
community looks at officers.” 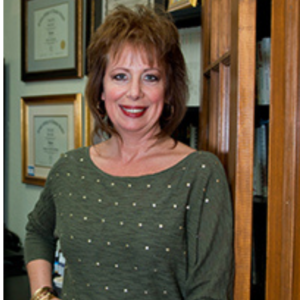 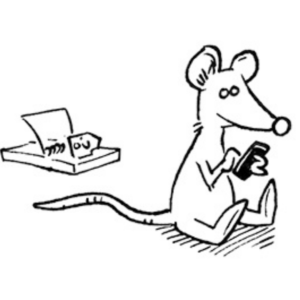 January 2014, In Other Words with Dave